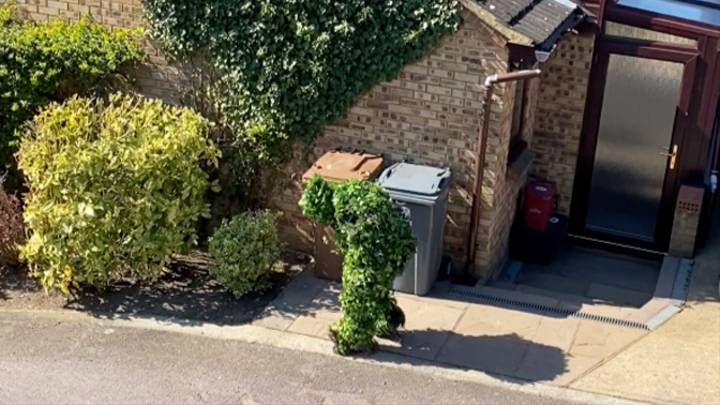 Most people are getting a little bit stir crazy after a week or so in quarantine/self isolation and some of us are going to extraordinary measures to get out and about, as shown in the video below where someone has disguised themselves as a bush to make it out of the house.

The video was taken by Nicholas Murray and Madeline Mai-Davies and posted to their social media, where they see their neighbour in the bush costume running up the road and then their drive, regularly taking breaks to crouch down and pretend to be a bush. It’s pretty jokes:

When your in quarantine but there’s a wicked party you don’t wanna miss😂… @sadiiq_superior @iamyvngpierre Wanna party: Song by- Sadi’Que ft Pierre #wannapartychallenge

I mean that obviously isn’t real – in the fact that this person isn’t really dressing up as a bush to enable them getting out of their house, it’s just for lolz – but the video is still pretty funny. So funny it’s had 16.5 million views apparently, so people out there are really loving it. Thanks to those two for brightening up our quarantine I suppose.

For more of the same, check out this guy trimming his bush into an giant 18 foot penis. Yeowch.