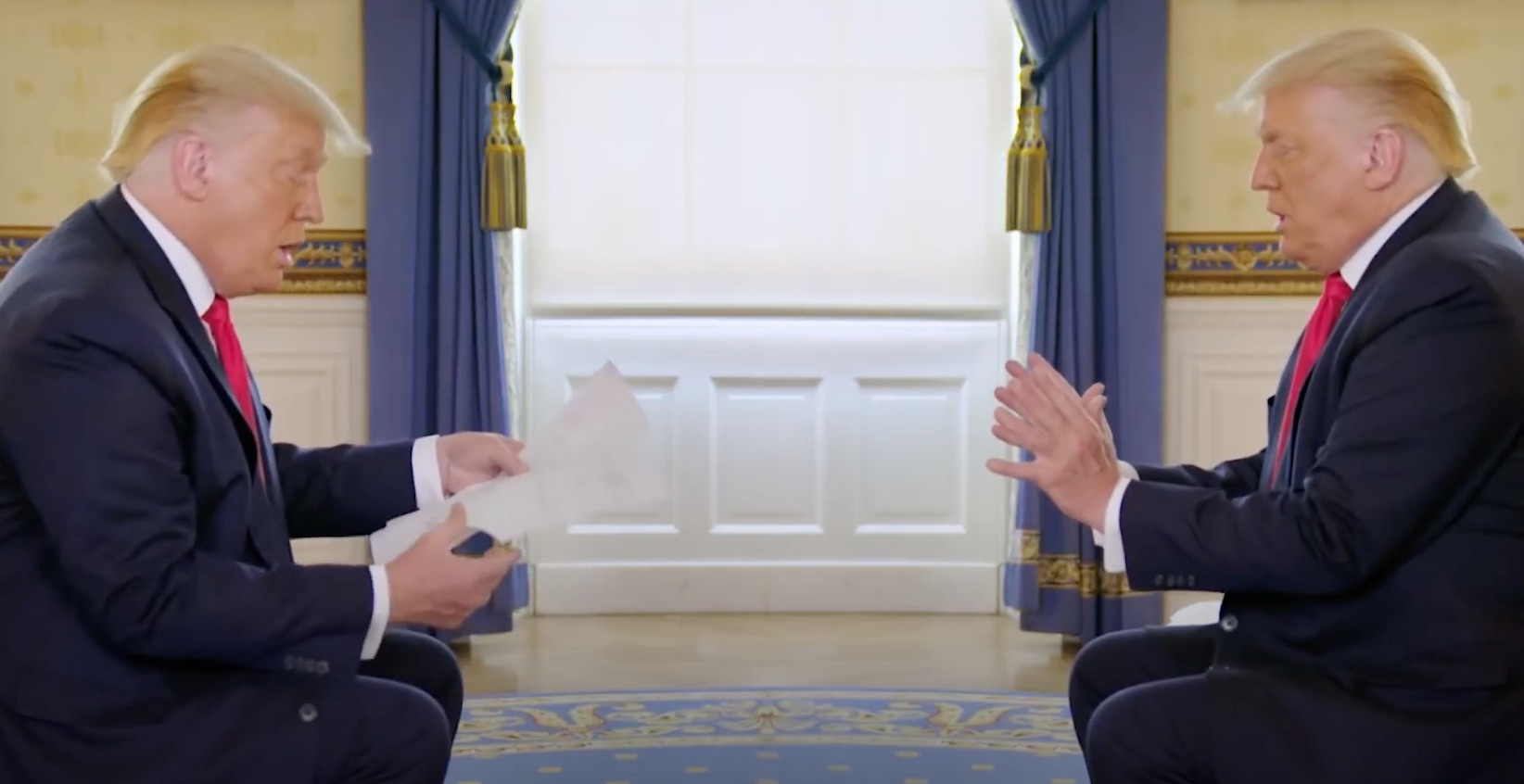 Donald Trump is the Dumbest Man in America²

It seems like people are getting a lot of mileage out of that car crash of a Donald Trump interview yesterday with journalist Jonathan Swan, as it looks set to be a defining point of his reign as President for years to come.

The latest parody of it involves someone cutting out Swan from the interview and replacing him with another version of Donald Trump, so that Trump is in effect interviewing Trump. Surprisingly, I think it might actually make a little more sense than the regular interview.

Absolutely brilliant. It almost – almost – makes you want Trump to stick around for the next for years so that we don’t miss out on all the ridiculous things he’ll do and stupid memes that he shares with us, but that’s surely a bridge too far. You can bet he’ll be just as vocal Twitter as he is now in any case, so we won’t be missing out on much if Biden does manage to get the best of him in November. Just the impending threat of doom and nuclear war that we feel every time he tweets another foreign leader or opens his mouth about anything I guess.

For more of the same, check out Donald Trump’s reactionary meme to the original interview. Fantastic response.