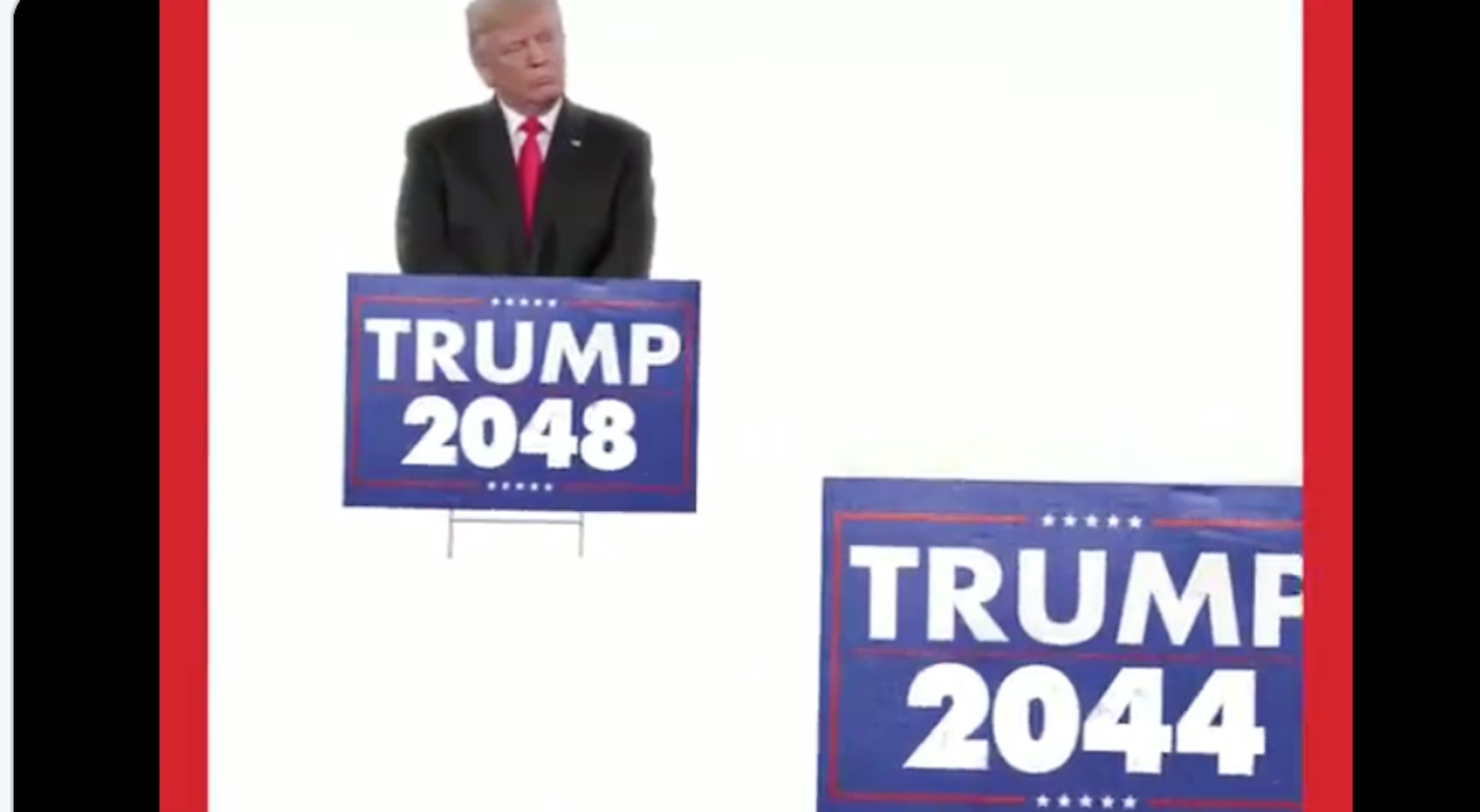 What is he thinking here?

There was a lot going on yesterday, but one of the major talking points was definitely Donald Trump’s weird interview with Jonathan Swan which made Trump come across like even more of an imbecile than usual thanks to some clever editing techniques and camerawork and the fact that Swan actually bothered to grill Trump about some of his answers rather than just letting him speak willy nilly for ages like most journalists.

Of course, Trump wasn’t that happy with the fact that everyone was rinsing him online for acting like a complete buffoon and not really having any clue what he was talking about, so he decided to respond to this in the only way that he knows: memes. Taking to his own Twitter account, he posted the following little video which can once again, only be described as completely ridiculous:

I literally can’t stop watching that and every time I do I just find it more and more baffling. What could he possibly be hoping to achieve with such a video, like does he honestly think he’s going to be ruling the country until year EEEEEEE? When is year EEEEEE?

The icing on the cake is the 4EVA at the end as well – is he trying to use that spelling to get down with the kids? Why is he using the Alton Towers theme music as well, surely that just implies mischief and mayhem as well?

Literally so many questions about a 30 second video clip, but the main one has to be just what does he think people are going to look at this and think? It’s obviously been a characteristic of his entire term, but it really does seem like Trump has lost his marbles in the past couple of weeks – can only hope that this means he won’t be re-elected come November but I’m still not confident?

If you didn’t see Trump’s car crash interview from two weeks ago, then click here. Not as good as yesterday’s but still something for sure.