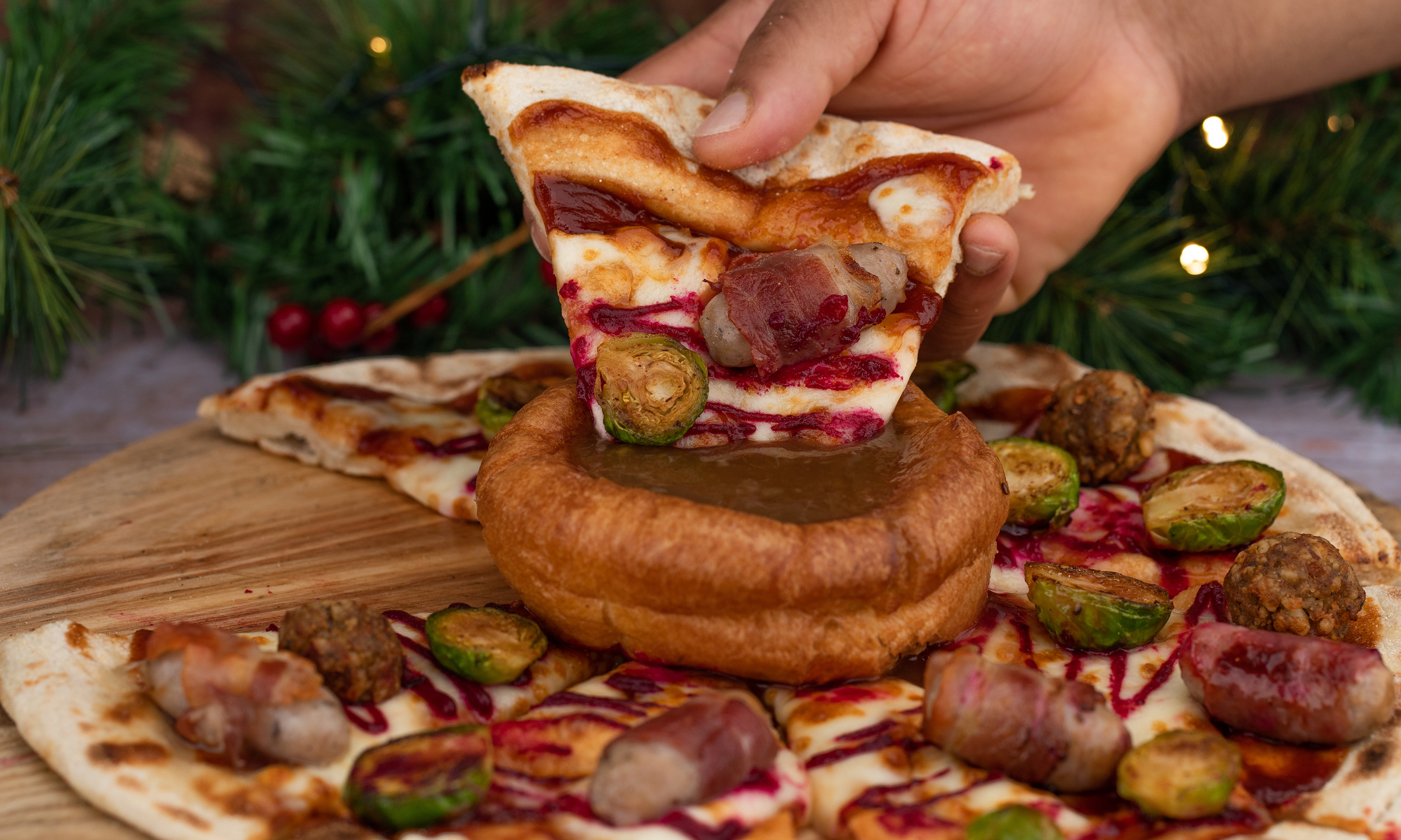 I thougth the ridiculous food items this Christmas were going to be mainly focussed around pigs in blankets and all the weird things supermarkets are doing with them this year, but then something like this Christmas dinner pizza comes along and blows everything out of the water.

The guys over at Twisted are always making silly fusion foods, but did they really need to make this Christmas dinner pizza, which is lovingly known as Santa’s Little Dipper? The Yorkshire Pudding Dipping Pot is a pretty sick idea, but I think there’s just way too much food on each slice when you consider that each of them features mozzarella cheese, pigs in blankets, pork stuffing balls with sage and onion and chargrilled brussels sprouts. That’s maybe a bit too much action per slice there hey?

Anyway take a look at this promo video if you want to know what it’s all about and how to make it:

Yeah I mean it’s kinda cool but there’s a couple of things I’m just not into about it.

Like I’m not really sure why they’re using a BBQ sauce for the base here as that isn’t really very Christmassy? Maybe more than your regular tomato, but even surely it would make sense to use a gravy sauce as the base, even with the dipping pot? Just saying that makes a lot more sense to me.

Anyway, I imagine most of you probably won’t be too interested in making it yourself given how long it looked, but if you want to order it you can do so on Uber Eats from Twisted up until December 22nd for the reasonable price of £10. To be honest when something’s only that much you might as well check it out, what have you got to lose? And it’s Christmas so go for it. Maybe get them in for your office Christmas party.

For more of the same, check out this deep fried Christmas dinner. That’s something I’m interested in as well.