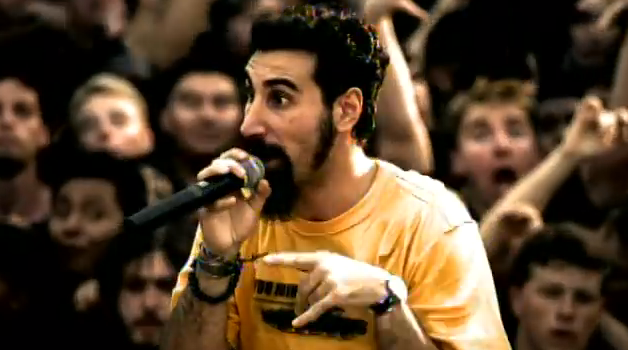 Why has this happened?

I’m pretty sure that whatever generation you’re a member of that you’ve almost certainly heard System Of A Down’s ‘Chop Suey’ and you’re probably fascinated at how such a horrible sounding song can end up being so melodic and catchy and an undeniably massive hit that pretty much everyone ever has heard. Even bigger than Bad Bunny.

The fact is that its influence is still felt over 20 years after it was first released and this can clearly be illustrated in the way that someone has uploaded a blue grass version of it earlier today and it’s already been upvoted 95,000 times on Reddit at the time of writing this. I don’t think I’ve ever been too interested in a bluegrass version of ‘Chop Suey’, but I’m not gonna lie and will admit that after three different people forwarded it to me I was intrigued to check it out.

See what you think below:

Ok yep, that guy did completely ruin the song with that remix but I’ve gotta admit that watching the original guys sing it in that stupid voice was kind of funny. The actual song completely sucks though and is the kind of stuff that people who think The Lonely Island is the most hilarious thing ever will be absolutely creaming over. Probably should have known that by the calibre of people who shared it with me. Hope it hasn’t ruined your day too much.

For more of the same, check out this version of ‘Chop Suey’ sang by goats. Much better.