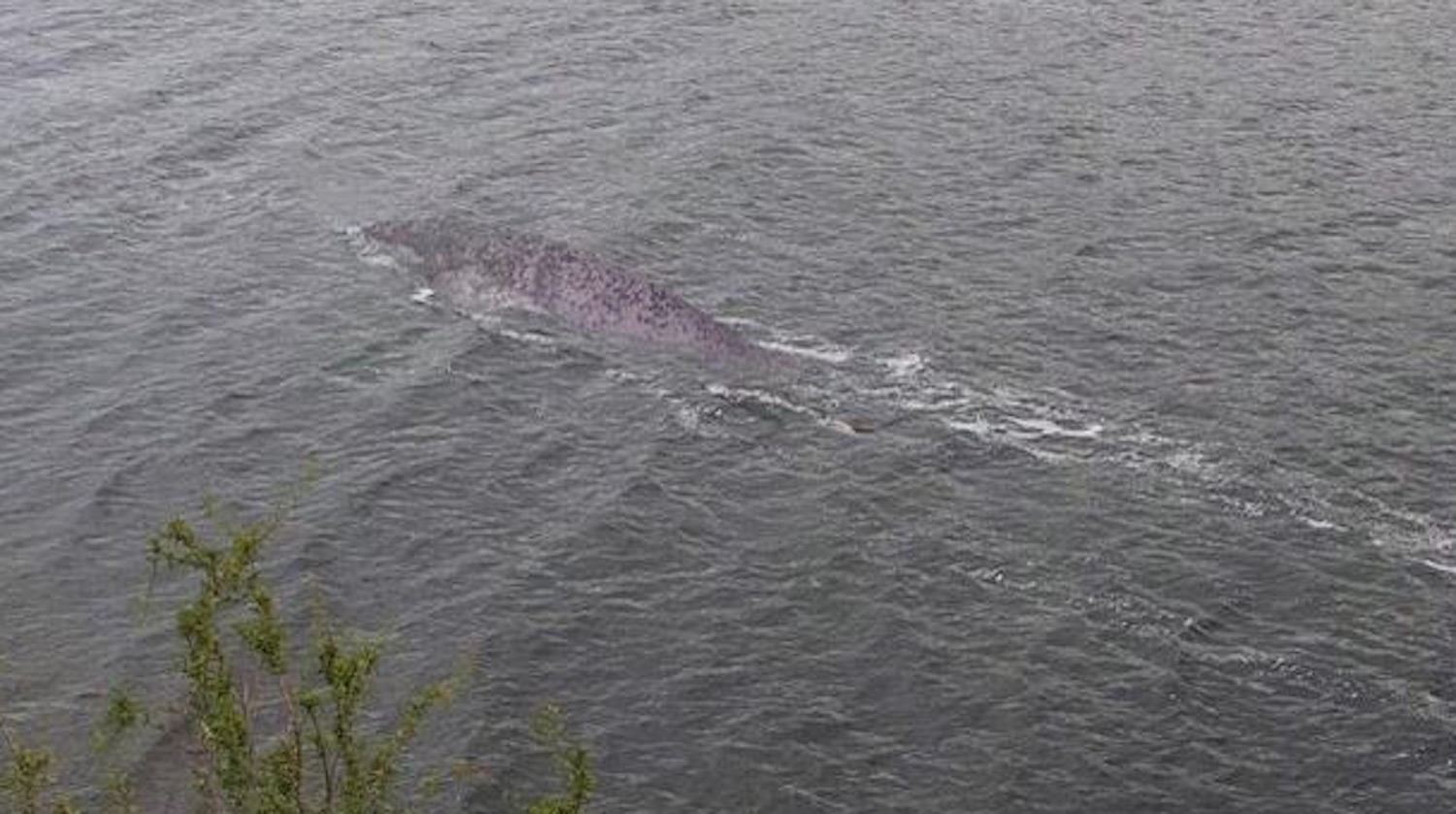 I think most of us at this point don’t actually believe that there’s some dinosaur related monster lurking in the depths of Loch Ness and have just accepted that it’s some tricky photography work, but then a photograph like this comes out of nowhere and makes you reconsider that idea a little bit.

The picture comes courtesy of a guy from Southampton called Steve Challice who was visiting Loch Ness last September and managed to catch one can only be described as the clearest picture of the monster yet. For what it’s worth, Steve himself just thinks it’s a massive fish and other people on the internet think that it’s a seal, but if you take a look at it then you can definitely see why people think that it looks like Nessy:

I mean that does look pretty huge for a fish or a seal doesn’t it? Here’s what Steve had to say about it as well:

I started taking a couple of shots and then this big fish came to the surface and then went back down again.

It only appeared in one shot and to be honest that was something of a fluke. I watched for a while as you can see from the last picture but didn’t see it again.

Yeah, this doesn’t really do anything accept perpetuate the legend again, when conveniently Loch Ness is probably a good place to remind people of for a holiday this year considering the current restrictions out there. Doubt we’ll ever know the truth, but I suppose it’s fun to get a little closer every few years. I really want to believe it’s out there you know.

For more of the same, check out scientists explaining the Loch Ness monster last year. Was that analysis correct?