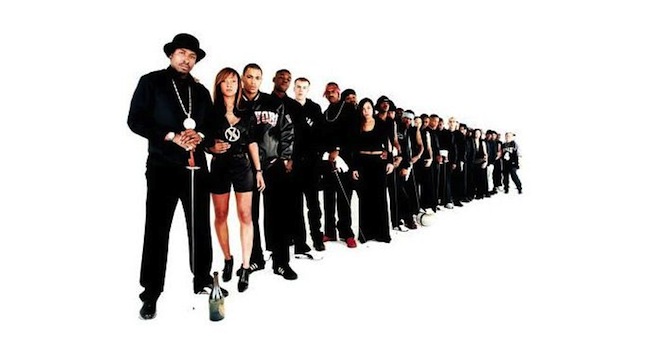 Just when you thought that your life lacked meaning, like things weren’t going your way…2001 garage heavyweights So Solid Crew are back. Big.

Just when you thought that your life lacked meaning, like things weren’t going your way, like time was coming for you just to cash it all in and jump… 2001 garage heavyweights So Solid Crew are back together for one night only… well actually apparently it’s a whole tour.

The upcoming 2013 MOBO Awards has been picked as the perfect venue for the 30 strong troop of rappers to make the comeback that we’ve all been hoping for since their split back in…whenever the fuck it was.

Quite a suprising turn around for a group who had to cancel a tour due to the fact that half of the band were arrested back in the early 2000s.

Tickets are now available for what is being described as their Greatest Hits Tour which will culminate in the big night in Glasgow for the MOBOs. With hits like “21 Seconds” “They Don’t Know” and “Ride With Us” you can be sure that the tickets for these gigs will sell out almost immediately so please go and get yours immediately.

Starring such exciting UK acts as Romeo Dunn, AFC Wimbledon’s Harvey, Lisa Maffia and Oxide And Neutrino you can be sure that this tour is going to running on nights of pure garage anthems that you don’t want to miss.

If you could take the time out of your busy schedule to get down to the MOBOs I’m sure the guys would really appreciate your support and with your help their careers might be all gravy, baby.