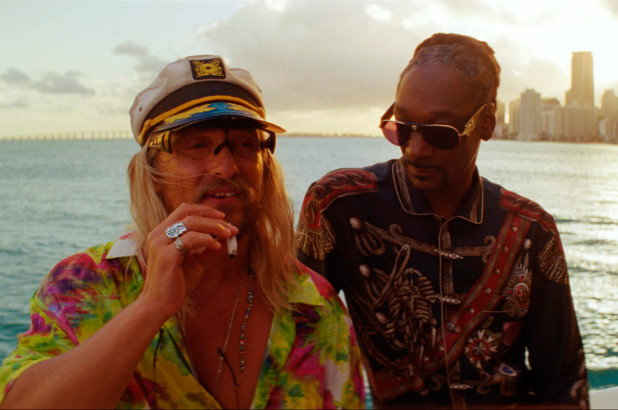 Snoop Dogg and Matthew McConaughey are starring together in stoner movie ‘The Beach Bum’, and as you might imagine they’ve been having a blast on set.

The best story from this interview they did the other night describes how Snoop replaced the prop joints on set with actual weed, resulting in Matthew McConaughey getting so high that he rapped for 13 hours straight:

Should have seen that coming to be fair. I mean do you really think Snoop Dogg is going to be smoking fake joints on set in a movie about stoned beach bums? He must have been so disgusted he swapped them with the real deal straight away.

The film itself looks about as dumb as it sounds (not necessarily in a bad way). Check out the trailer below:

For the time One Direction fans began cutting themselves because they discovered the boys like to get baked, click HERE.