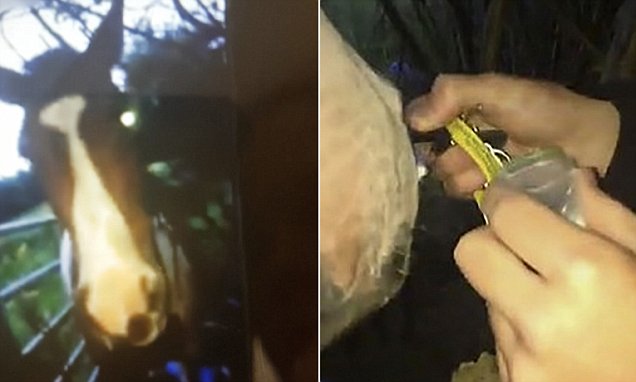 A video has emerged showing a bunch of teenagers forcing a horse to snort what looks like cocaine.

The footage, which was uploaded onto Snapchat, shows the teens laughing and shoving white powder up the animal’s nose. It is believed to have been filmed by a 15-year-old girl over in Hawarden, North Wales.

The girl apparently felt so bad about the video that she showed it to her mum, who reported it to North Wales Horse Watch. The mum, who wants to remain anonymous, said:

I am absolutely furious.

It’s just heart-breaking. The horse could have died at the very worst, or lost its career at the very least as a result of becoming seriously ill.

Lol – I don’t think horses are too concerned about their “career” but I get what she means. As funny as it might seem at the time, it’s not cool to be giving innocent horses hard substances. Unless it’s ketamine because we all know that they love that stuff.

Seagulls on the other hand, not so much. For the time a man sparked outrage for feeding a seagull some ketamine, click HERE.