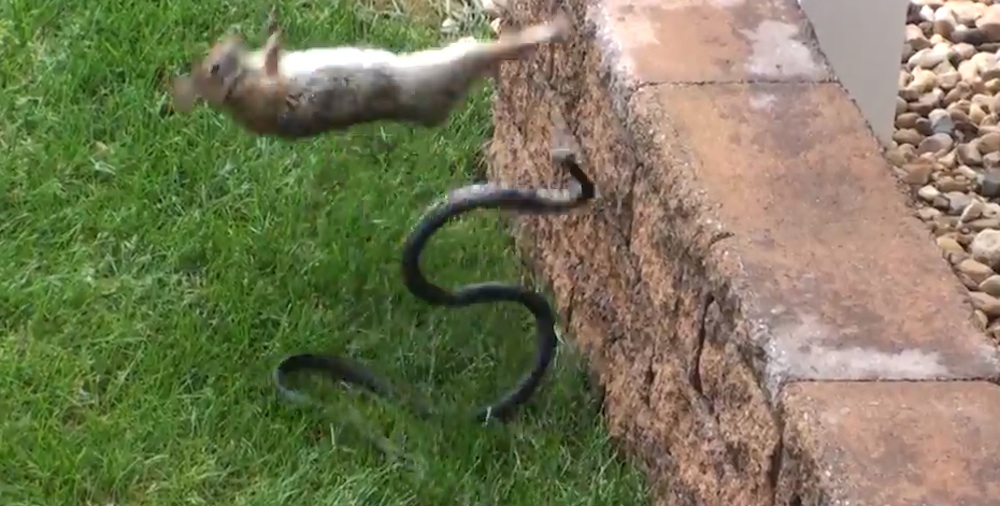 We all know that out in the jungle there’s only one rule and that’s survival of the fittest and it’s illustrated perfectly with this video, just like when this snake managed to overpower this crocodile and eat it in another video.

The snake in this video isn’t so lucky though. He may be observing the mantra perfectly by picking on a baby rabbit and capturing it and probably looking forward to killing it and eating it. Unfortunately he didn’t reckon with the rabbit’s badass mother, who intervenes when she sees what’s happening and kicks the absolute tar out of the snake. She seriously goes feral on him in a way that I’ve never seen a bunny react ever.