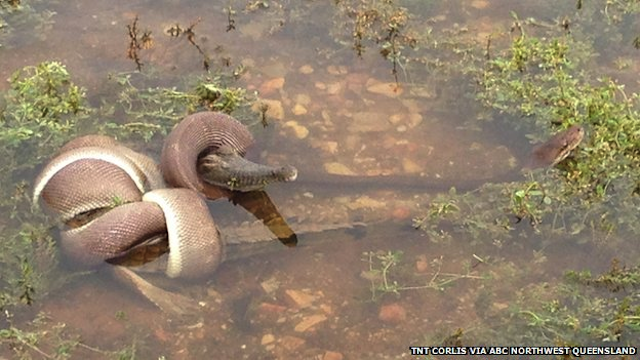 The law of the jungle baby.

Over in Australia a snake has won an epic battle with a crocodile by eating him alive. The incident happened yesterday in Lake Moondarra near Mount Isa and was luckily captured by residents on camera – you can see the photographs below.

The ten foot snake – thought to be a python – coiled itself around the crocodile in the water and then later dragged it onto dry land before devouring it. The snake was able to eat the crocodile as it has a flexible jaw, which enables it to eat prey many times its own size – so if you’re ever visiting Lake Moondarra make sure you keep your wits about you.

The pictures were taken by author Tiffany Corlis, who describes the situation: 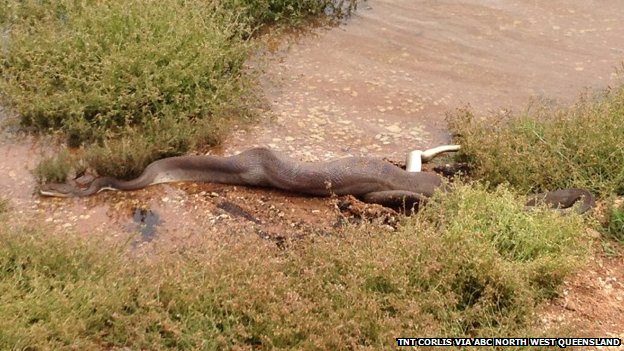 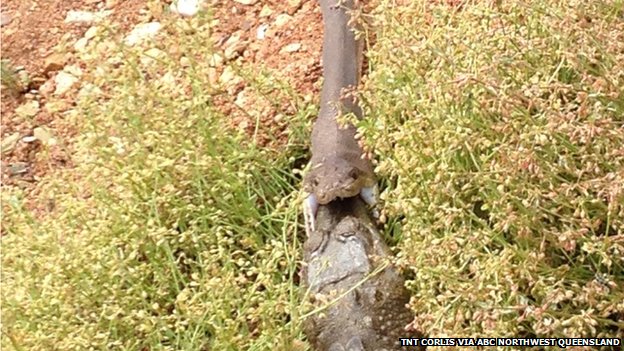 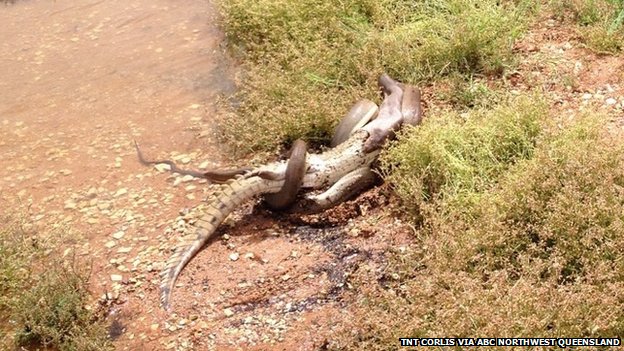