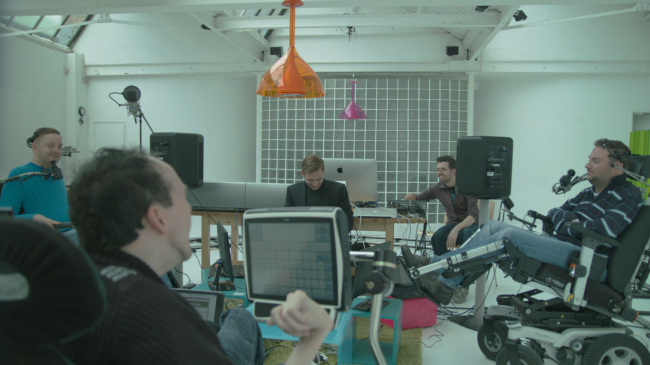 Smirnoff mindtunes is an amazing new collaboration between DJ Fresh and Julian Castet which uses brainwave technology to harness the thoughts of disabled people with no musical experience and turn it into a pretty banging original song.

This is really cool and also completely unprecedented and kinda mindblowing (heh heh sure) too in its concept. Basically, it’s a new collaboration between DJ Fresh, Smirnoff and a leading brainwave technology expert (who also has a PhD) called Julian Castet which has enabled three disabled music fans – who have no musical ability in the traditional sense whatsoever and who can’t play regular instruments – to create a music track controlling musical software with nothing but the power of their own minds, harnessed through the latest brainwave technology from Castet.

The project is called Mindtunes and lead by Smirnoff, who always seem to be involved in projects that aim to foster creativity and promote technological innovation and forward thinking. I know I’m normally really difficult but I genuinely think it’s great that a brand like Smirnoff is pumping so much money into projects like this which enable disabled individuals to realise their dreams and harness their creativity in ways that were not possible before they existed.

The track itself can be heard below and it’s kind of a winner if I’m honest which I could definitely see being blasted at some East London disco in the future. It was created by Andy, Mark and Jo, who are three disabled music fan, who used Castet’s state of the art brainwave technology, or BCI for short. There are many potential uses for BCI, but Smirnoff specifically commissioned Castet and Fresh for the Mindtunes project to enable the physical barriers to musical creativity faced by Andy, Mark and Jo to be broken down.

To create the track Castet firstly used an ElectroEncephaloGraphy machine to measure the electrical activity present in the brains of Andy, Mark and Jo which enabled their brainwaves to be turned into electronic beats. Technology huh? I guess we really are living in the future. Once these electronic beats were obtained, DJ Fresh entered into the equation and provided some more beats and sounds and produced the track into what you can hear below.

I would think it was pretty awesome on its own if I didn’t know that it was created from the brainwaves of disabled people but that just makes its completely killer. The video is pretty cool itself, as you actually get to see how all the collaborators made the song in the ‘brainwave studio’ so to speak. I don’t really know how they managed to make so many sounds using just brainwaves but yeah, they did and it’s sick.

The track is also supported by the Queen Elizabeth’s Foundation For Disabled People and the Smirnoff Mindtunes project aims to raise money for this great charity through sales of the song. If you like what you hear then please make sure you head over HERE to pick it up. It’s only about a pound so you might as well as 55p of each sale will be going to the QEF which is a very generous percentage.