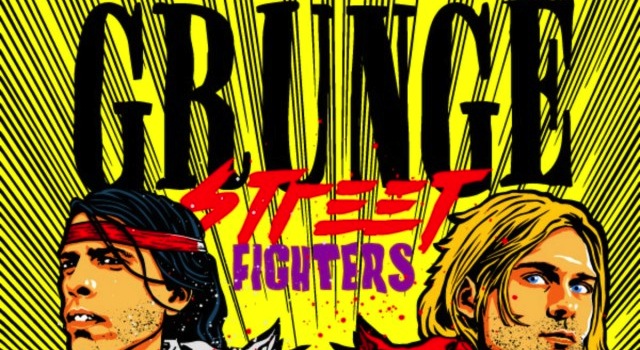 An artist has mixed two things that may be a big part of your teenage years and fortunately he hasn’t ruined them. Just imagine Courtney Love threatening to crush you. I mean, it could happen.

A music genre that typified the 90s and one of the greatest arcade games has been combined by Brazilian artist Butcher Billy with some great results. In combining seven of the most recognisable people from the Grunge era with some of the characters from Street Fighter, hopefully this incites some independent developer to make a fight game based on everyone from your favourite musical genre.

â˜› Read Next: Is The Last Of Us The First Truly Adult Game?

Butcher Billy’s explained on his website why he decided on mixing the two:

“As a teenager in the early 90’s I was exposed to a lot of the aggression coming from the distorted guitars, growling vocals and angst-filled lyrics of the grunge movement, emerging to shake things up in the music scene from that time.

Meanwhile the gaming scenario was dominated by the cuteness of Super Mario until the arrival of Street Fighter – players turned head-to-head combat into the primary game mode, only to be smashed by a Lightning Kick, a Sonic Boom, a Tiger Uppercut or the popular Hadouken.

This is a collection of pieces combining the two universes – under the concept the devastating special attack combos were as aggressive and mind-boggling as grunge’s powerful and heavily distorted guitar riffs.” 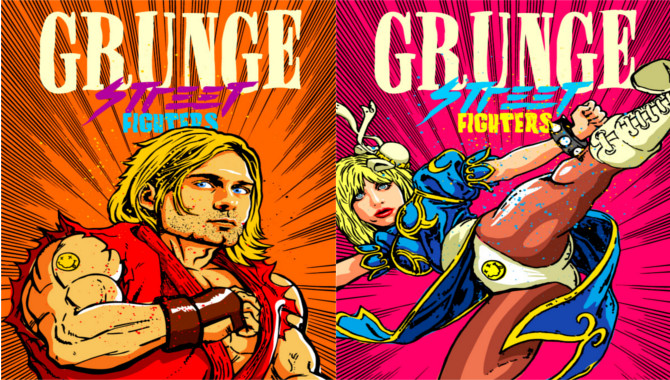 The Grunge power couple Kurt Cobain and Courtney Love as Ken and Chun-Li. 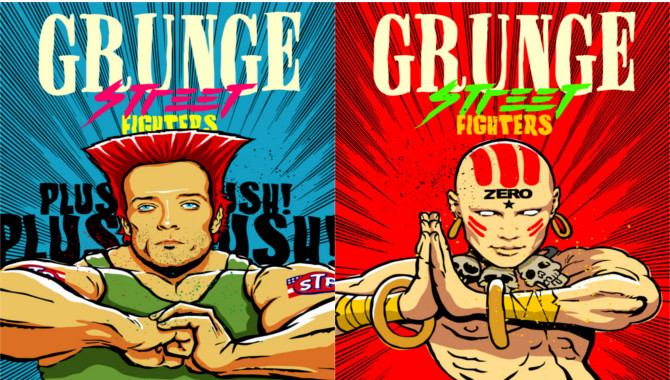 Scott Weiland from Stone Temple Pilots as Guile and Billy Corgan from The Smashing Pumpkins as Dhalsim. 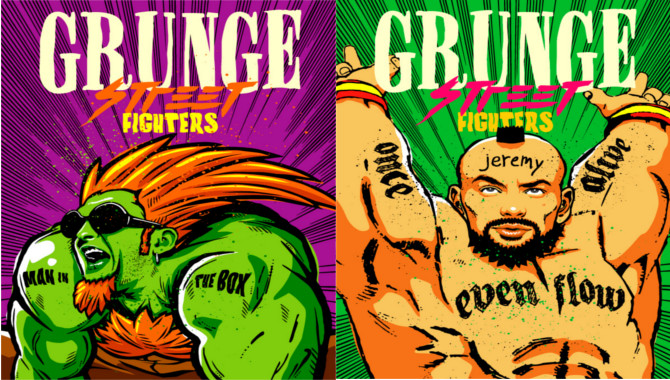 Layne Staley from Alice In Chains as Blanka and Eddie Vedder from Pearl Jam as Zangief. 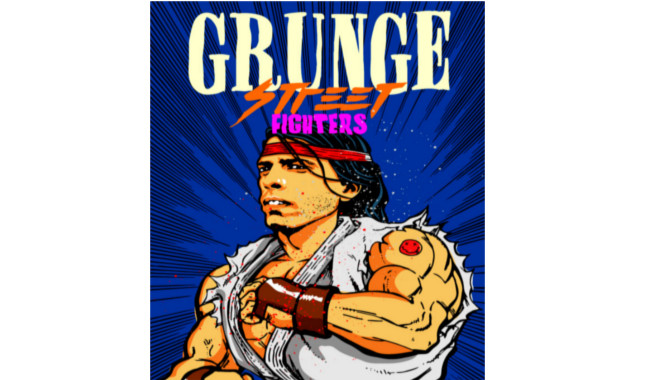