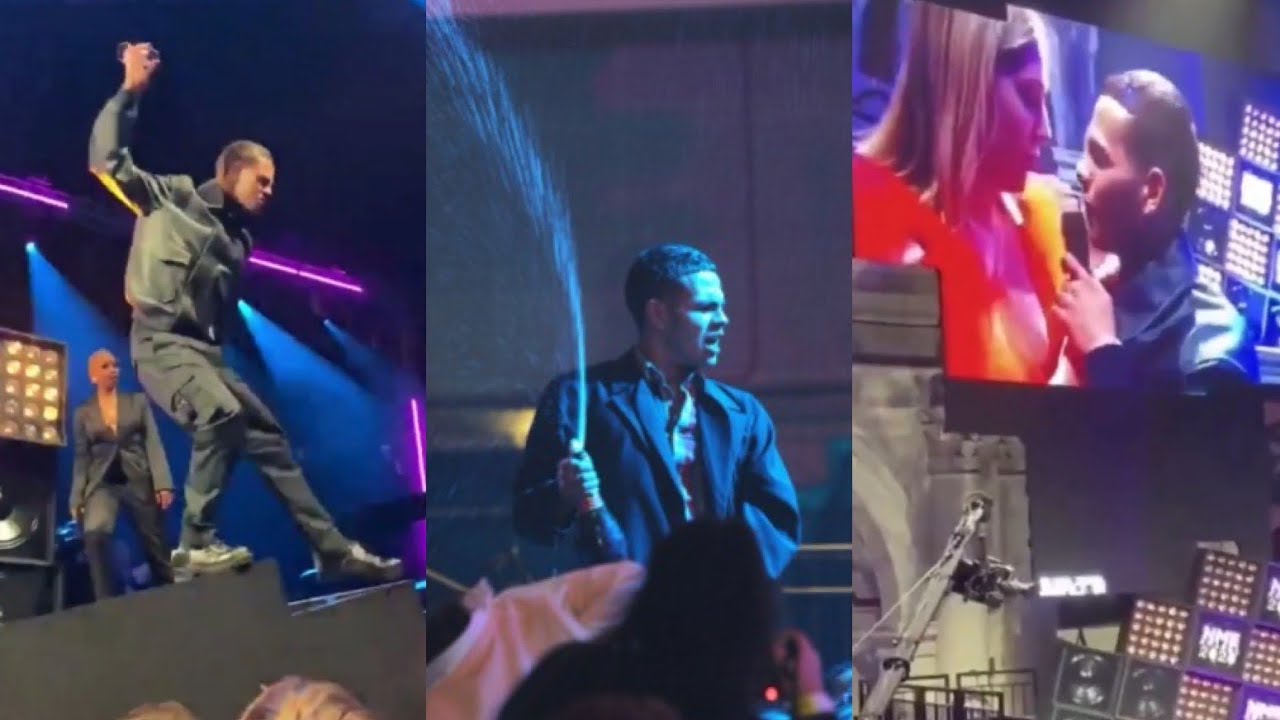 For some weird reason rapper slowthai was picking up Hero Of The Year award at the NME Awards last night, maybe because of the time he held up a decapitated Boris Johnson head?

Anyway it looks like he’s an early contender for Flop Of The Year as well after he made himself look like an utter penis throughout the night.

It all started going down hill when his flirting attempts with host Katherine Ryan made her and everyone else watching uncomfortable:

This video of Slowthai sexually harassing Katherine Ryan at the NME awards is awful. So, so gross. Women shouldn’t have to endure this as part of their jobs. I know his persona is shithouser but there’s a line and he fully crossed it pic.twitter.com/E0lALuF6Ja

When a fan then interrupted his speech by calling him a ‘misogynist’ and having a go at him about perving on Katherine Ryan, slowthai jumped into the crowd and tried to fight him:

The state of this. Being a full on creep to Katherine Ryan on stage then kicking off when someone (rightfully) calls your behaviour out is a great look when your career’s starting to hit the big time. pic.twitter.com/1W38f3rpmU

slowthai was then made to leave the event, and will no doubt be waking up this morning thinking ‘oh fuuuuuck’. I mean I think this plonker may have just ended his own career? His behaviour towards Katherine Ryan was disturbing enough without then trying to beat up an audience member for calling him out on it. He’s got to have a manager or some friends who know he can’t handle his drink/drugs, how did they let him get so out of control on one of the biggest nights of his short career?

Oh well, the fallout awaits. For happier times, here’s the moment slowthai grabbed a fan by the face and spat in her mouth (consensually of course).