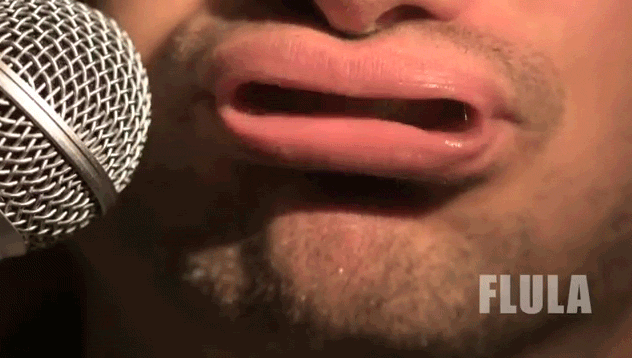 It’s surprising nobody has done this before but there’s also a pretty good reason for it – it’s completely freaky and disgusting.

It turns out there’s a pretty good reason for this though, because slow motion beatboxing is completely and utterly freaky and weird. But also, it’s kind of like a car crash in that you can’t look away as this guy’s weird lips and tongue are doing all these slow messed up movements. The beatboxer is called Flula FYI.