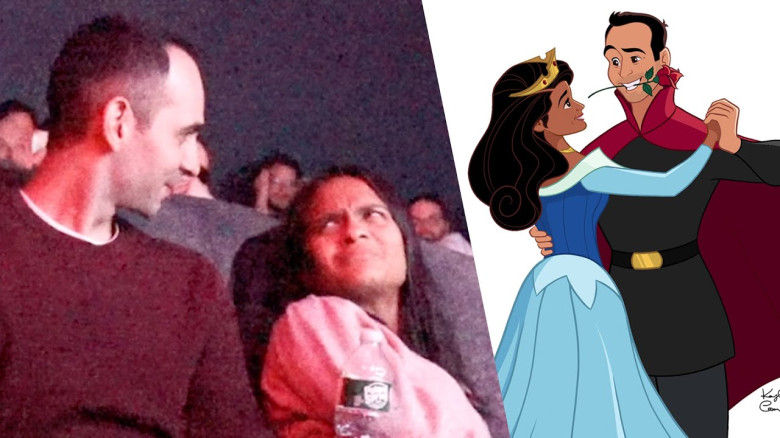 Proposal of the century.

If you had a decent idea for proposing to your girlfriend then you should probably rethink and step your game up because Lee Loechler from Massachusetts, USA, spent six months working on his and the result blew every other proposal I’ve ever seen out of the water.

The guy worked with an illustrator for half a year to animate himself and his girlfriend into Sleeping Beauty, then went to watch it at the cinema with all their family and friends sitting behind them (unbeknownst to his girlfriend, of course).

It worked an absolute charm:

How’s that for a feel good Friday post eh? Except you may actually be feeling like shit because like I said, there’s no way anything you ever do for your girlfriend/wife will live up to this. Leo just raised the bar to ridiculous, unachievable levels. Not to mention the fact they are high school sweethearts which makes it all the more soppy and romantic. Why couldn’t he just propose like a normal person?

Oh well, it’s just as well she said ‘yes’. Loving the awareness Leo had to include a scene in case she said ‘no’ though. There’s always a chance after all. Congrats to the happy couple!

P.S. Correction – this is the second best proposal of all time – forgot about the guy who proposed to his girlfriend using the side of a cow. Goals.