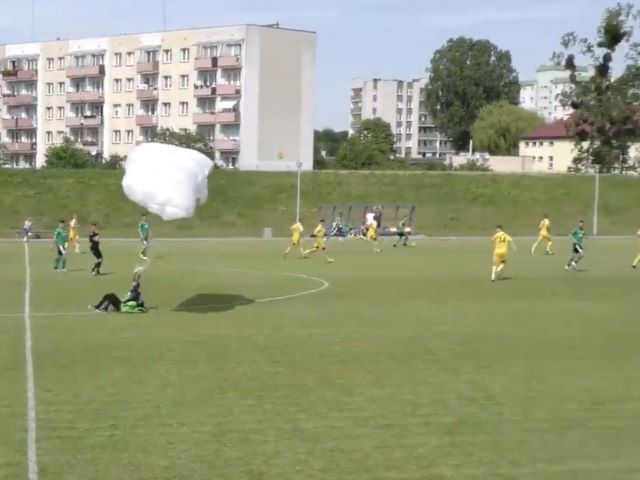 Ref let him off easy.

We all know that diving is a serious problem in football and that the referees don’t punish it nearly enough, but what about if you literally dive in onto the field from the sky?

What I really want to know though is whether this skydiver actually planned on dropping down onto the pitch in the middle of a football game in Poland. He doesn’t seem to be making too much of it on landing so I think he genuinely just got lost and decided to make an impromptu landing. Someone call him an Uber I guess?

For footage of the 126kg player who is currently bossing the Chinese second division, click HERE. Serious tekkers.