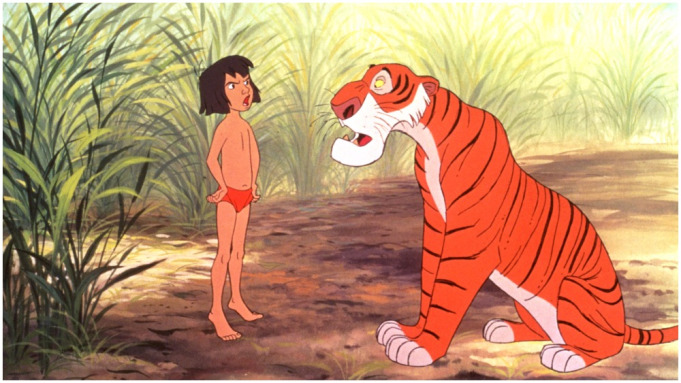 The Goonies, Tropic Thunder, Aladdin and more carry the warning.

Sky TV and other movie providers are adding “outdated attitudes” disclaimers to a bunch of films they are worried people may find offensive, including the original Jungle Book, Breakfast at Tiffany’s, The Goonies & The Last Samurai.

If you search for Disney’s ‘The Jungle Book’ on Sky Cinema right now, a description will read:

This film has outdated attitudes, language and cultural depictions which may cause offence today.

Disney Plus also has similar warnings in place, with the service making it clear that films such as the original Jungle Book “contain outdated cultural depictions.”

Here are some other films on Sky Cinema that will now carry this warning:

– Gone With The Wind

The good news is that these movies aren’t being completely taken down and burned at the altar of wokeness so I guess it’s not too big a deal that all they’re doing is adding a disclaimer to cover their butts from the outrage crew.

Although let’s not forget, some streaming services ARE removing offensive content altogether (via Variety):

Earlier this month, Netflix, BritBox and the BBC’s on-demand service iPlayer removed BBC comedy series “Little Britain” amid concerns over the BBC program’s use of blackface.

Meanwhile, in the U.S., HBO Max yanked 1939 film “Gone With the Wind” among concerns around its own racial depictions. Executive Sandra Dewey told Variety earlier this week, however, that the platform will eventually reinstate the film, with “careful” framing.

What I can’t wrap my head around is why movies like Tropic Thunder & The Goonies need a disclaimer? I mean I’m sorry but if you didn’t find Tropic Thunder funny then you need to lighten up and develop a sense of humour. I’m sure it has to do with the fact that Robert Downey Jr is in blackface for the entire film, but the whole point of his character is that he’s a dumbass who doesn’t realise that blackface is offensive. Doesn’t context matter?

As for The Goonies, I haven’t watched it in a long time but I can’t recall anything that might offend anyone to the point that they need to see a warning before the movie starts. Maybe someone can enlighten us in the comments?

For a look at new film ‘Cracka’, which depicts white people as slaves and black people as their masters, click HERE. Wonder if that’ll come with a warning?