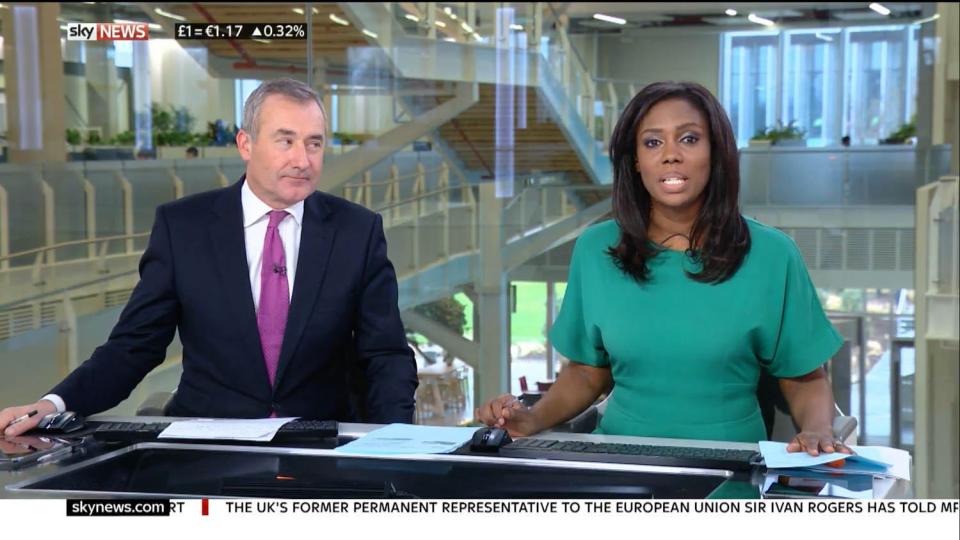 Many people have a lot of negative opinions about Donald Trump, but I never thought I would see a television personality pretty much full on call him prick on live television.

I wasn’t reckoning with Sky News presenter Claudia-Liza Armah though. Speaking today, Armah was discussing Trump’s nomination for the Supreme Court Neil Gorsuch, when she accidentally ended up calling Gorsuch a prick on live television.

As good as that is, the scene is really stolen by her co-presenter Colin Brazier’s reaction, so make sure you watch out for that:

Lol – Brazier really is loving that but can’t do anything about it. It’s almost like they discussed it beforehand and Brazier didn’t think she would have the balls to drop it in and he’s quietly impressed with her bravery.

Either way, we’ll be waiting to hear what Neil Gorsuch has to think about being called a prick on live television with bated breath. I doubt it’s gone down too well.

For more TV presenters messing up, check out this magician accidentally stabbing one through the hand live on Polish television. Ouch.