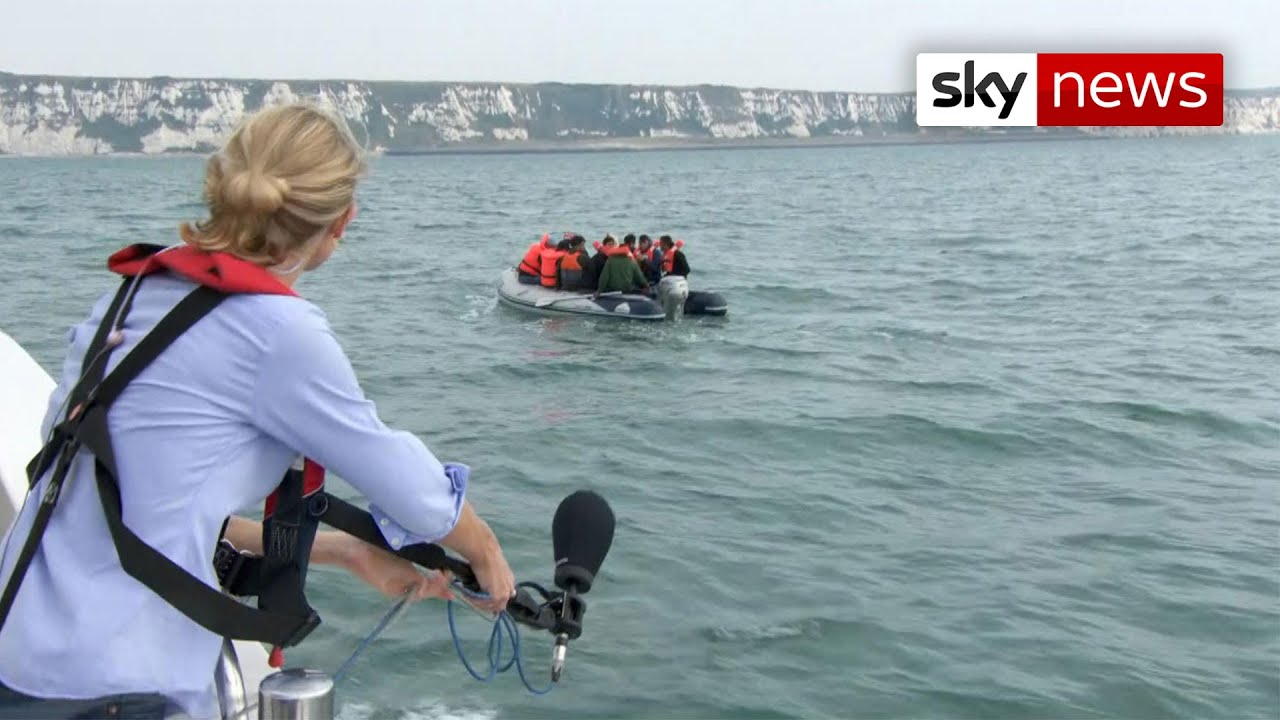 Is this acceptable reporting from Sky News?

Earlier today, the people over at Sky News sent a team out to the British waters to see if they could capture footage and maybe get an exclusive interview with some migrants arriving into the UK.

Sure enough, they did. And what an interview it was…

Sky News is following a fourth boat attempting to carry migrants across the English Channel into the UK this morning.

Lol @ “are you OK?”. Yeah, just traveled for miles and miles from a war-torn country with no water, food, clothes or money, left family and friends behind, risked sinking & drowning, but yeah I’m sound thanks – you?

This is absolutely fucking disgusting. Don’t film it, just get them on board your big boat and save their lives. This is not acceptable viewing regardless of what the intention was to begin with. Refugees should not be a spectacle the horrors they flee should be and exposed

Some of the most desperate people on earth turned into light entertainment. Britain, 2020. https://t.co/dmDvmHVe3t

If having Claire Fox on every bloody five minutes wasn’t reason enough to not watch Sky News, then treating terrified & imperiled migrants as cheap trash tabloid entertainment certainly is.

You lot make me puke. https://t.co/Hl6TnMTwLj

This is voyeirism at its nastiest. I also want her to drop the mic.

The gross Faragification of the news cycle by the govt is shameless. But the decision by news orgs to amplify it is appalling. Shame on @skynews https://t.co/fttN1ZCcJb

This sky news report is disgusting. Why they would bring a big boat alongside an overfilled dingy to gloat at the poor people and make them a subject of hate is beyond me.

I can’t help imagining how these news teams would react if they were in grave danger after their vans were involved in a serious road accident, and passerby stopped to film them and provide commentary rather than assistance.

Controversial stuff. Obviously there is a wider debate to be had regarding the immigration issue and whether UK schools, hospitals and accommodation can handle a constant influx of new arrivals at this rate, but the concern here seems to be Sky News’s attempt to interview these people as they arrive in the first place.

Is there value in Sky News reporting on this? To be fair, I think there is. It is happening, and we get to see it. That’s journalism. If they were in danger I would hope/presume the journos on the boat would assist. Meanwhile, they’re just reporting the facts. If anyone watching found it ‘entertaining’, then that’s their issue to deal with.

I’m not sure it’s fair to say that Sky News is trying to make ‘light entertainment’ of the situation rather than just report on it. But I guess it’s hard not to be cynical given what a complex issue it is and some of the questionable reporting on UK migration in the past. Meanwhile, Boris Johnson has said he is looking into changing laws that allow ‘stupid and dangerous’ migrant crossings into Britain. So I’m sure we’ll be hearing a lot more on this topic in the coming weeks and months.

For the time Prince Harry gave a Sky News reporter a royal bollocking for asking him a question in Malawi, click HERE.