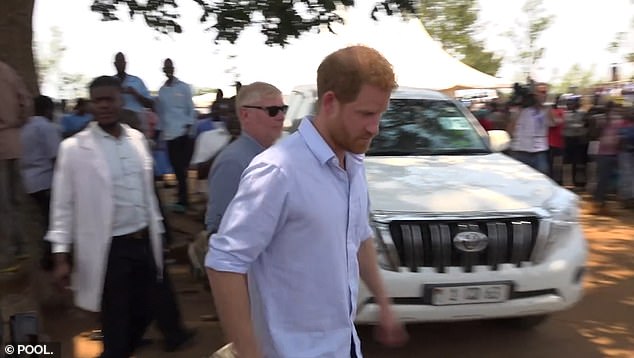 Prince Harry and the press haven’t been getting along recently, in fact he released a statement earlier this week about the “relentless propaganda” against Meghan Markle and how it reminds him of the way the press treated Princess Diana.

Nevertheless, Harry invited the media as he visited a health clinic in Malawi but got annoyed when he was asked an unscheduled question by Sky News reporter Rhiannon Mills.

I guess Harry just wasn’t in the mood for questions? Might be a bit of a generic question but not an unreasonable one. Sounds like she just wanted to know the point of Prince Harry’s visit to Malawi. Who better to get the answer from? Straight from the horse’s mouth like any journalist worth their salt would. Harry says to not behave like that but really she’s behaving exactly like she should be. I like Harry but #TeamRhiannon on this one.

For the UK driving instructor who is pissed because Instagram took away his IG handle and gave it to Harry and Meghan, click HERE.