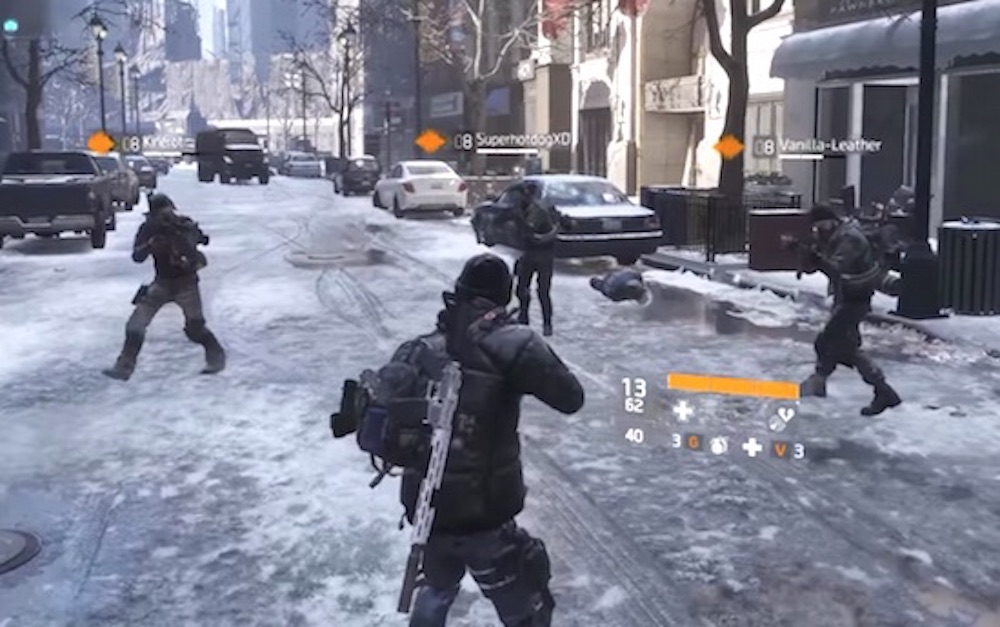 ‘You can shoot me if you want, but you’ll die.’

One of the best things about video games is living out television/movie/real life fantasies that there is just no way that you could ever experience in real life.

Take this as a case in point. One super sick gamer is playing the new Tom Clancy’s The Division game and he comes up against three kids who think they’re going to surround him and kill him. Channelling his inner Jack Bauer, he tells them that if they try and shoot him then they’ll die.

Admittedly he doesn’t do it in a very convincing or cool manner, but that might make the video even better to be honest. They open fire on him and the inevitable happens as he very easily takes them out without almost any effort. Unlucky losers.

In fairness, the guy does qualify his achievement by saying it’s because he has a much better character and gear in the game than the three kids facing him:

Not a display of skill by any means.

This game is an RPG first and 3rd person shooter second, meaning that gear and stats have such a big impact it overrides most of the skill element.

In a 1v1 if both players have equal gear than the better skilled player will win however.

If I was him I wouldn’t have bothered saying that and would have just rode the props all the way to the bank, much like this sniper who managed to kill six Taliban fighters with one bullet.