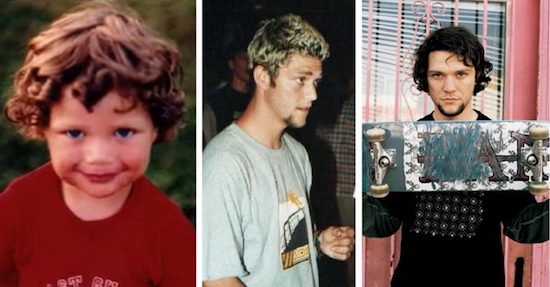 Where it all began.

If you haven’t heard of it, ‘Epicly Later’d’ is a mid 2000s internet skateboarding docu-series that profiles the lives of skateboarders and their ascent through the ranks of the business. It was done in a way that had never really been done before or since, giving it the deserved status of best skateboarding TV show ever.

Now, Vice have decided to resurrect the series for the Viceland TV channel and it’s all set to premiere on September 6th with a look back at the life of one of the most famous skateboarders in the game, Bam Margera. Bam’s rise to the top and subsequent fall from grace are already well documented, but ‘Epicly Later’d’ has managed to get into the archive footage of Phil and April to bring you some never before seen scenes from Bam’s childhood, making this a must watch for any Bam fan or any fan of skateboarding really.

What a cutie Bam was when he was a kid. It’s gonna be an interesting watch when it drops on September 6th.

For more Bam, check out the real reason that we don’t hear from him too much anymore. Sad.