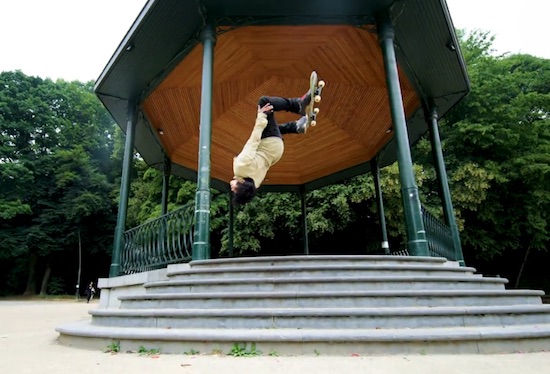 How does he do that?

Skateboarding has always been cool and parkour has been kinda cool for a few years now – I guess the jury is still out on that one – but when you combine the two you create one of the most insane videos I’ve seen in recent times.

Absolutely spectacular. The best thing about this is that it was actually paid for by the Brussels tourist board to encourage people to visit Brussels I guess? Not really sure if it’s going to have the desired effect but you’ve gotta love the fact that this is how people think it’s a good way to attract tourists to their city. If it means we keep getting completely sick skate videos like this in the future then I’m all for it. Maybe I should head to Brussels as a way of saying thanks?

For more of the same, check out this old school parkour from the 1930s. Different.