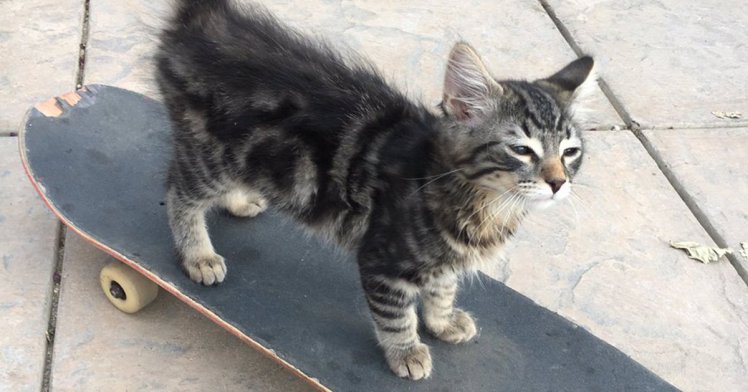 Someone call the vets cuz my cat’s sick AF.

Everybody loves it when cute animals do cute human stuff, so predictably the internet went crazy over the weekend when someone tweeted out a picture of their cat on a skateboard.

Erica probably knew how much viral attention she was going to receive from such a post so probably spent hours getting her kitten George to post on the skateboard in the right positions so that he looks completely and utterly slick:

See what I mean? Little dude looks cooler than most skateboarders you meet down the skate park who have spent their whole lives trying to master that effortless gaze into the distance whilst they’re riding their boards.

Shame it probably isn’t real considering it’s just two pictures and not a video, but given the reaction this got imagine what a video of a skateboarding cat would look like. If this one of a skateboarding dog is anything to go by, you can damn well bet that it’s going to probably break the internet.