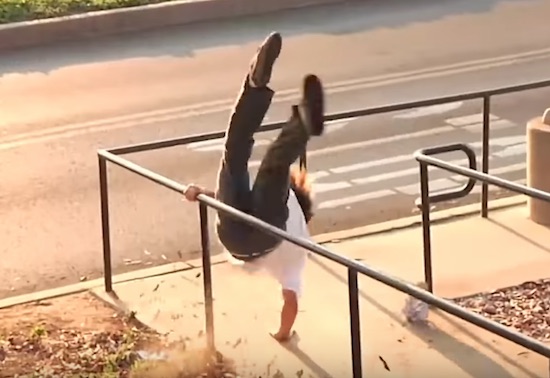 There’s nothing worse in skateboarding than absolutely stacking it and taking a heavy slam, but perversely one of the most fun things about watching skate vids is watching other skateboarders take those slams.

Of course you feel bad for them, but just watching the way their bodies crunch really is something else. Alex Midler is no stranger to bailing and getting completely slammed and he’s the latest guest on The Berrics’ Battle Scars series where he watches his worst hits and talks us through them.

Take it away Alex:

Damn, watching stuff like that really makes you wonder why anyone would ever want to seriously even consider being a professional skateboarder. The way he just laughs some of them off like it’s nothing though shows you how much he loves it, like he ends the video by saying. Gotta respect that.

Think his worst slam though was the penultimate one though – the double slam. Looks like he could have broken his neck on that one or something but he said that it ended up hurting his leg more? Insanity. No way am I ever getting back into skateboarding.

For more of the same, check out this guy taking one of the most devastating slams in history. Seriously.