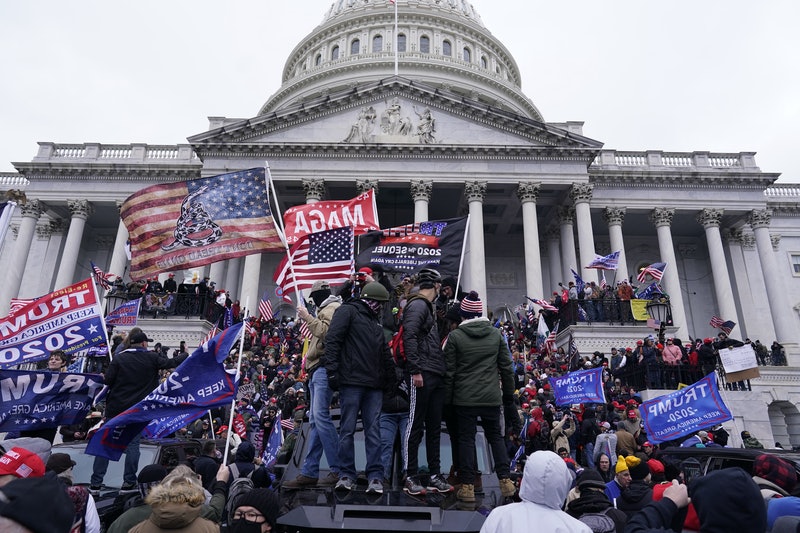 We’re all understandably still in a state of shock after yesterday’s uprising by MAGA supporters on Capitol Hill following encouragement by President Donald Trump and his family, but one sinister Twitter thread has gone viral suggesting that this is only the beginning of such action over in the US – and possibly worldwide.

The thread comes courtesy of user Laleh Khalili, who is a Professor of International Politics from the Queen Mary University of London so you would think that she does actually know what she’s talking about and has some kind of authority on the subject. Unless you’re one of those people that think that qualified scientists are lying to us about the spread of the virus and the vaccine etc.

Anyway, here’s what she had to say about it:

CNN reporter in situ is saying that the white supremacists feel victorious; that they say “you didn’t take the Congress back; we gave it back” – and they are saying they will be back.

4) The police stood aside, let them in, didn’t arrest but a dozen people. They helped them by inaction. Next time they will help with coordinated action.

Geez is that ominous or what? A lot of people have already been comparing yesterday’s attempted coup – is that really what it was/can you seriously call it that – to similar events in Nazi Germany (the 1920 Kapp Putsch) and parallels have been drawn between Hitler and Trump all throughout his reign as President and Laleh’s analysis here only serves as more of a warning of what might possibly end up happening in the future.

Could we be heading down a similar path as Nazi Germany following yesterday’s events? Let’s hope not hey otherwise 2021 could end up worse than 2020 and who knows what might end up happening after that? Genuinely kinda scary to be alive.

For more of the same, check out these conspiracy theories that think that ANTIFA were actually behind yesterday’s events. Er what?