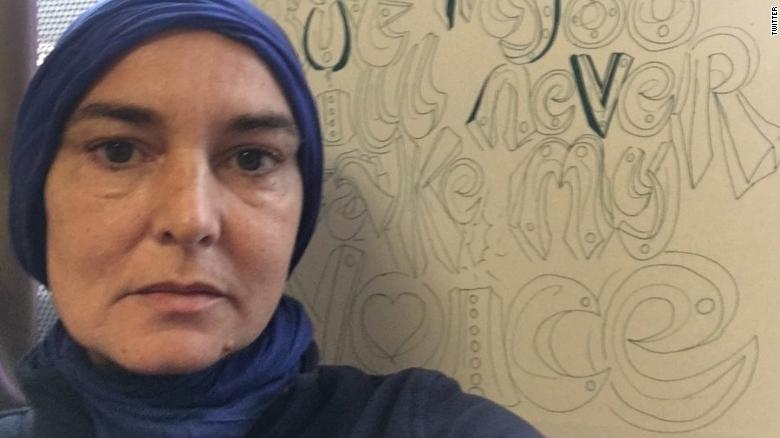 It’s no secret that Sinead O’Connor has had a pretty hard time of it over the past few years having posted increasingly worrying and upsetting videos on the internet, but it looks like she might be on her way to finding some kind of peace with the announcement that she’s converted to Islam and changed her name to Shuhada Davitt.

Here is my 1st attempt at singing the Azan. I got some pronouncition wrong because emotions took me from my page… but there’ll be hundreds of others onstage to come … https://t.co/vDFyheqOOc

Once I’ve practiced the Azan a hundred times I promise I’ll sing it much better than the one I’ve
Posted.

I keep getting the Arabic words wrong!! I’m so sorry!! I’ll get them right eventually. In sha Allah https://t.co/DVzkDcjuJU

I should have said the Q’raan CONFIRMS previous scriptures Except where it points out illegal
alterations in those scriptures. Made by those who did not submit themselves as they ought have, to God. Who by the way never gets any royalties when people buy the Bible

Thank you so much to all my Muslim brothers and sisters who have been so kind as to welcome me to Ummah today on this page. You can’t begin to imagine how much your tenderness means to me ❤️❤️❤️❤️❤️❤️❤️

This is to announce that I am proud to have become a Muslim.

This is the natural conclusion of any intelligent theologian’s journey. All scripture study leads to Islam. Which makes all other scriptures redundant.

I will be given (another) new name. It will be Shuhada.

Yeah maybe she hasn’t sorted herself out entirely because some of those tweets are a bit all over the place aren’t they? You also might have noticed that her Twitter handle is Magda Davitt – that’s because she changed her name to Magda last year when she converted to Catholicism after previously being ordained a priest by the Irish Orthodox and Apostolic Church in the 1990s.

So I suppose it’s safe to say that religion has been a wild ride for her but it seems like she’s really happy now so good for her. Long may it continue.

For more Sinead O’Connor, check out this video she filmed where she explains how she hit rock bottom in a Travelodge. It’s pretty worrying so it’s nice to see her so happy now.