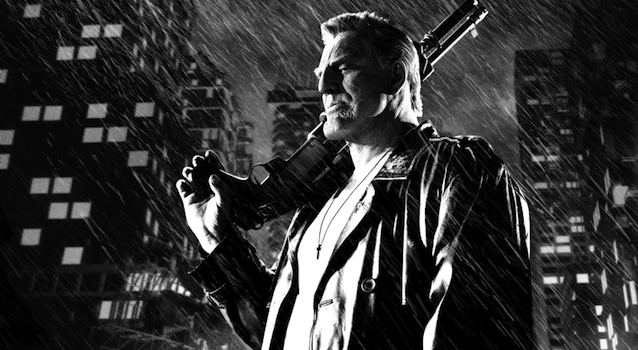 Has it really been 9 years since the first Sin City came out?

Unbelievably it’s been 9 years since the first instalment of Sin City came out – I remember going to see it after I finished my last first year university exam and going to see it on opening day with my buddy Sands and being completely blown away by the misadventures of Marv, Dwight and Hartigan. Geez that was a long time ago.

It’s kind of surprising that it’s taken them so long to come up with a sequel – I mean the books are already written, all they need to do is lock down some people who want to be in the movie and I’m sure there’s no shortage of them. I guess there were a few scheduling conflicts between all the main actors or something. Clive Owen won’t be returning, although whether this was his decision is uncertain as his character Dwight has major facial reconstruction surgery in between the two movies anyway. He’ll now be played by Josh Brolin.

In any case, it seems like most of the rest are back for this chapter and they’re joined by a bunch of awesome new characters too, including Jeremy Piven, Lady Gaga, Ray Liotta and Jospeh Gordon Levitt. Wow – you know this is gonna be a good one when it drops towards the end of the summer.