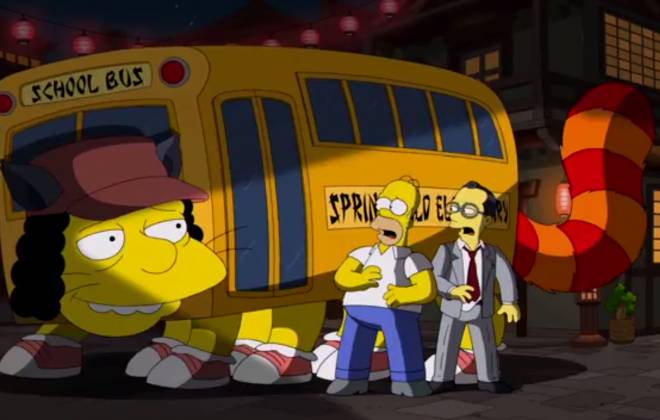 Following the release of his final Studio Ghibli film ‘The Wind Rises’, Hayao Miyazaki announced his retirement in September last year. Miyazaki is responsible for some of the studio’s most prolific features including ‘Spirited Away’, ‘My Neighbour Totoro’ and ‘Princess Mononoke’. The Simpsons will pay tribute on Sunday with a full length dedication that will air on FOX.

â˜› More Ghibli: 18 Actors You Didn’t Know Have Been In Studio Ghibli Films

The trailer below looks fantastic, and looks set to be the kind of Simpsons classic that delivers on all levels. At first glance there are references to The Cat Returns, Porco Rosso, Kiki’s Delivery Service, Spirited Away, Howl’s Moving Castle and Princess Mononoke so it’s obvious they’ve put out all the stops and hopefully it will be stuffed with delicious hidden gems. But my favourite part has to be Howl’s Moving Kwik-E-Mart: