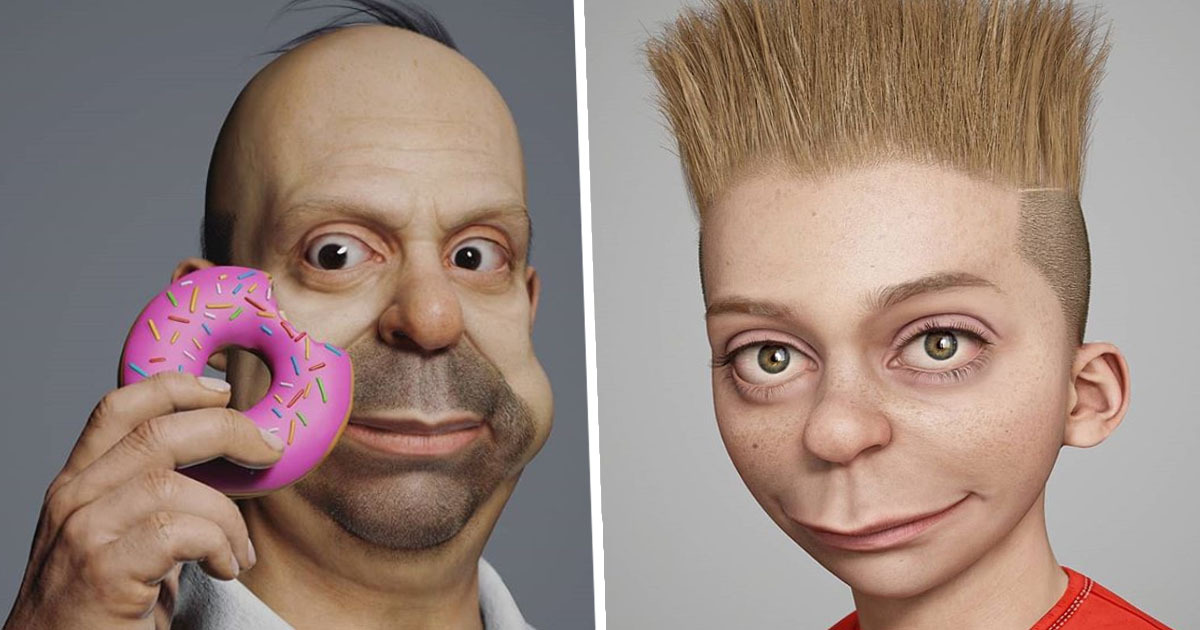 Wait until you see Mr. Burns.

An artist over in Turkey named Hossein Diba has taken it upon himself to transform The Simpsons into intricate 3D models, for no other reason than to give us all nightmares I guess.

When watching The Simpsons, I was always wondering how those forms would look like with realistic touches in details and textures, Always wanted to do that. This quarantine life, beside all bad effects had this little positive point, it gave me more free time to spend on my art and try those things I always wanted to.

I mean really – he shouldn’t have…

It’s not the first time the internet has produced alternate versions of The Simpsons, but I’m pretty sure it’s the most terrifying. Is there anything creepier than the idea of Montgomery Burns as a real person?

Hossein is now working on doing something similar with the cast of Rick & Morty, which I have no doubt will be equally as screwed up. Bring it on, Hossein.

For a look at the new animated series about the Royal Family by the creators of Family Guy, click HERE.