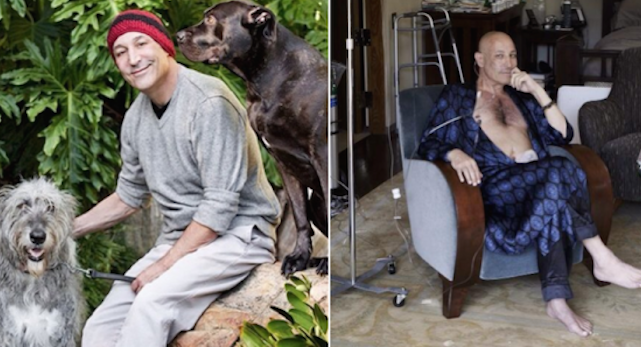 When you think of The Simpsons and who created it, you normally think of Matt Groening, but there were a few other people involved and one of those is Sam Simon who co-created the show and now serves as an executive producer. His fortune is estimated at over $100 million.

Unfortunately for Sam, at the age of 59 he’s now dying of colon cancer. Being unmarried without any children, he’s decided to leave his fortune to charity, specifically PETA and his own Sam Simon Foundation which trains hearing dogs for the deaf. He was probably responsible for these beagles seeing sunlight for the first time now I think about it.

Sam has been pretty upbeat about his cancer since he was diagnosed in 2012, calling it ‘the best experience of his life’. Here’s what he had to say about it:

My illness has allowed me to constantly spend time with my friends and family as well as to donate my fortune to a good cause. It’s everything that everybody always tells you. It’s a journey, it’s a fight. But, if you want publicity and you want to pick up girls, then cancer is the greatest thing in the world.

To be fair it’s kind of true – I doubt many of us would know who he was if we hadn’t clicked onto this link thinking that Matt Groening was dying (I wonder which one of The Simpsons characters Sam Simon looks like in real life?) It sucks that Sam’s dying but at least he’s dying with a smile and dignity and trying to leave the world better off than he found it. Of course, it’s not really in any doubt that he did this already as he co-created one of the most well loved television shows in history. Props.