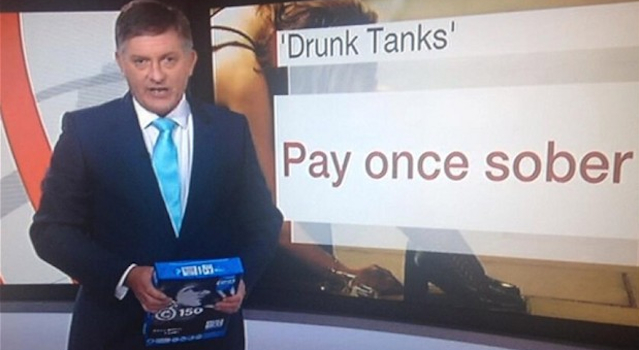 It must be really tough to tell the difference between an iPad and a packet of photocopier paper, especially when you use an iPad every day.

I’m not really sure how this is possible or how nobody saw to correct him before he went live on air, but somehow BBC newsreader Simon McCoy managed to mistake an iPad for a packet of photocopier paper on the BBC News channel earlier today.

McCoy was presenting a segment on drunk tanks when you could clearly see that he was holding the packet of photocpier paper instead of his tablet, which seems to be the way that most hip news reporters choose to report the news these days. I mean with a tablet, not with a packet of printer paper.

A BBC spokesperson offered the following explanation: ‘This morning as Simon McCoy was preparing to introduce this story, instead of picking up his tablet to hold as he went to air, he mistakenly picked up a ream of paper that was sitting next to it. In the rush of live news, he didn’t have an opportunity to swap the items, so simply went with it.’

I guess this is as good an explanation as any, but it really begs the question of just how you make this mistake if you’re a professional news reader (or a professional anything that requires the use of a tablet) as a tablet and a packet of photocopier paper aren’t exactly the same weight or even length/size. Smooth moves McCoy.