Pretty much everyone out there seems to be obsessed with reunions happening for their favourite movies and TV shows, but if they ever do occur they’ve pretty much got a 50/50 chance of actually being decent or just ruining the show’s entire legacy.

The Inbetweeners is one such show that is often written about regarding reunions, but it turns out that at elast one of the stars isn’t too interested in revisiting the legendary TV show. Simon Bird – who played briefcase wanker Will – was speaking to Screen Daily when he said the following: 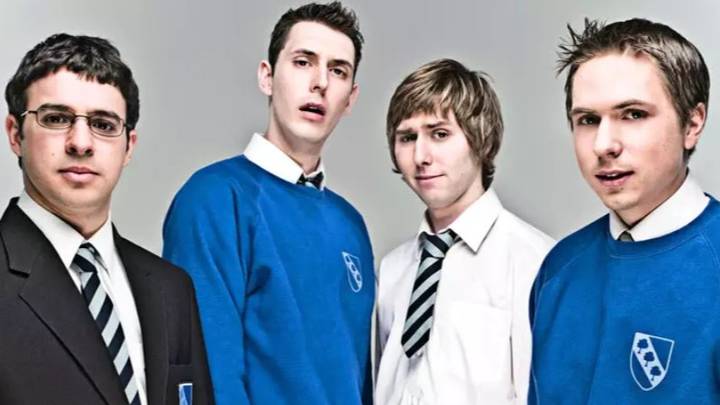 I don’t know how that would work. I don’t think it would work with the characters grown up, which we now all are.

No one is going to buy us as teenagers any more. And I think the idea of the four of us back together as 30-somethings is going to be a bit more depressing for everyone. I can’t see us doing any more of it.

I mean it makes sense. You wanna end on a high and I think they did that with both the TV series and the two movies that came after it, which by all accounts were remarkably successful and entertaining. Think Bird is probably right that there’s no need to continue their story, especially after the reunion special that was roundly slammed at the start of the year. Let it go.

For more of the same, check out the US version of The Inbetweeners. How was that ever going to work?