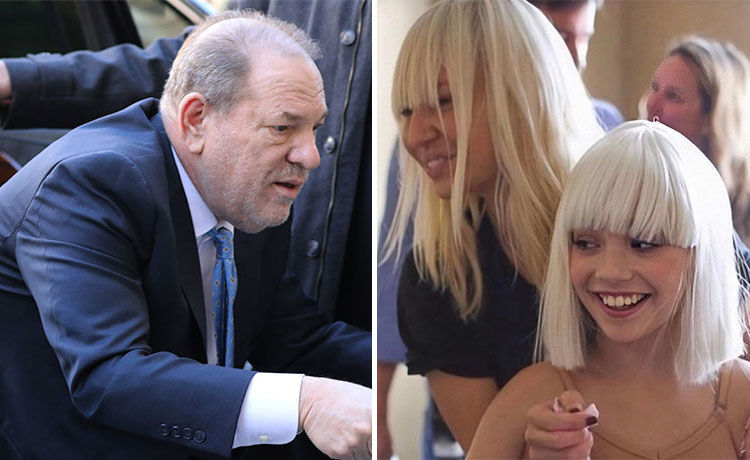 Even before disgraced Hollywood mogul Harvey Weinstein was sentenced to 23 years in prison for sexual assault and rape, it seems much of the celebrity world already had a solid understanding of what a dangerous creep he was.

Well Sia has this week revealed that she once “stepped in” to prevent child star Maddie Ziegler (the young dancer in all her music videos) from boarding Harvey’s private plane.

She told the story while appearing on the Zach Sang Show:

.@Sia opens up to @ZachSang about being a protective mother figure to Maddie Ziegler and once saving her from getting on a plane with Harvey Weinstein.

So I thought, how’s a good way I can keep her safe is just keep making projects for her, and therefore most of the time we’re working together – and you know I kept her off a plane that Harvey Weinstein tried to get her on.

Jesus Christ. Sounds like Sia fully knew what Harvey Weinstein was capable of. I’m seeing a lot of people give Sia grief now for not speaking out about Weinstein years ago, the same way other celebrities are being criticised for the same thing. There’s definitely some validity to that criticism but at the same time, they probably felt as though no one would believe them and since Harvey Weinstein was this entertainment industry powerhouse, they could easily lost their careers over it.

Is that a good enough excuse to not have said anything? Maybe not. At least Sia did something though, which was potentially save Maddie Ziegler from a very horrific experience indeed. I mean I’m not sure there are any stories out there about Weinstein messing with underage girls but knowing everything else we do about him, would it be surprising?

For the time Sia texted Diplo asking if he was interested in some ‘no string sex’, click HERE. Don’t ask, don’t get.