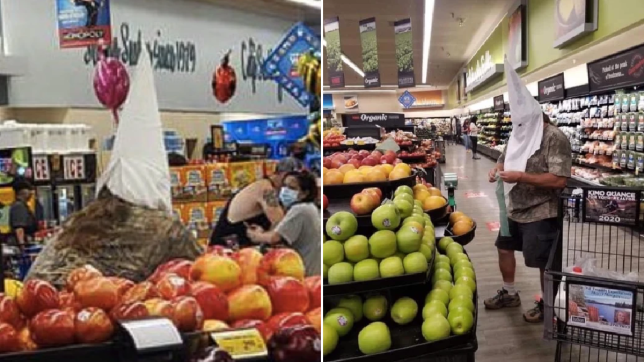 Just when you think that the way people are acting during the Coronavirus pandemic can’t get any stupider, you see that someone decided to wear a Ku Klux Klan hood to their local supermarket as protection for Coronavirus.

You might think that this was going down in some redneck state like Oklahoma or Virginia, but even more shockingly it happened in a Vons grocery in a place called Santee in San Diego. The city recently made it a requirement to wear a mask when going outside in an attempt to halt the spread of Coronavirus, but I think that everyone in the world instead of this guy and other Ku Klux Klan members can probably realise that there’s no way that wearing that hood is acceptable under any circumstances.

Police are now said to be investigating the incident and the man, after he refused to take his hood off despite being asked multiple times by members of staff and members of the public. He eventually relented at the checkout line which is why we’ve got the picture you can see below. 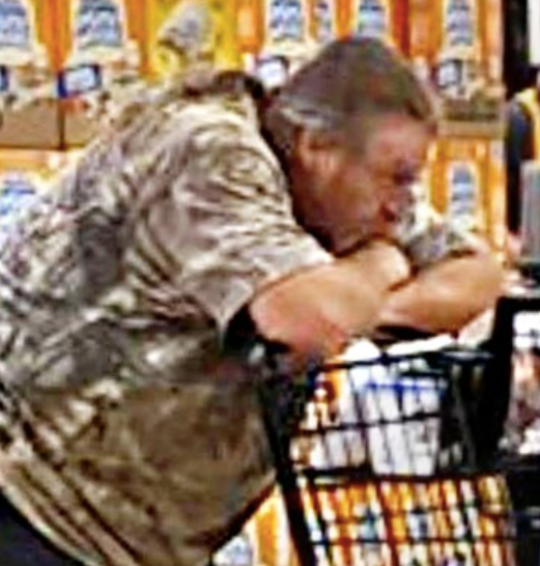 What a looker! Probably wears a mask on the reg looking like that.

The mayor of Santee even had to make a statement about it, saying the following:

There was an incident in Santee on Saturday where citizens photographed a male wearing attire that depicted a symbol of hatred.

The citizens and Vons employees took steps to address the situation.

Many thanks to all who stepped forward to curtail this sad reminder of intolerance.

Santee, its leaders, and I will not tolerate such behaviour.

Speaking for all of us there. Hopefully this asshole gets arrested, someone burns his KKK mask and he’s forced to hang out in jail for the rest of lockdown and not head out to stores casually wearing a racist garment. Prick.

For more of the same, check out this article looking at what the Ku Klux Klan is into now. Still going sadly.