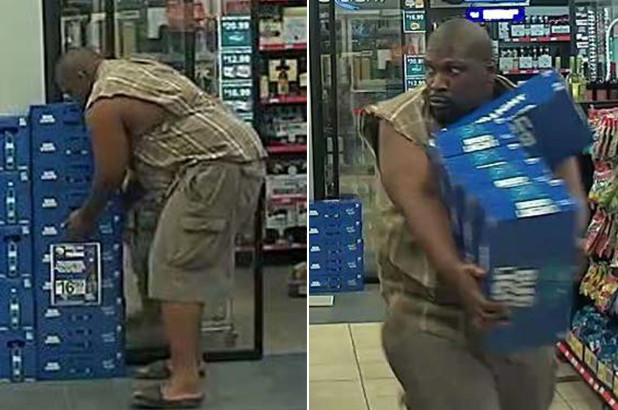 If you’re gonna go, you might as well go hard.

It’s always pretty annoying when you’re picked as the man to go on the beer run, so you usually try to get as many as possible – and maybe some hidden ones – so you never have to end up going again at any point during the night.

However, even though I always try to pick up a crate or whatever when I head down to the shop, I’ve got nowhere near as much gumption as the guy in this video who is picking up five crates of beer and shoplifting from the store. How impressive is that? I mean even picking up five crates is impressive but then having the nerve/skill to try and steal them as well – that deserves some props for sure. ]

Here is a textbook definition of a beer run. This beer baron swiped 5 cases from a convenience store in the 5000 block of Little School Road and took off. He left in a Gray Dodge truck. 📞 Det. Thompson if you recognize him, 817-459-6054 or email, leonor.thompson@arlingtontx.gov pic.twitter.com/un3So55wB1

In even better news, it looks like the guy actually managed to get away with it which is why the cops are sharing his photograph – they’re using it to try and track him down. If you’re from anywhere near Murphy’s Express in Arlington, Texas and think you know this guy then hit the cops up.