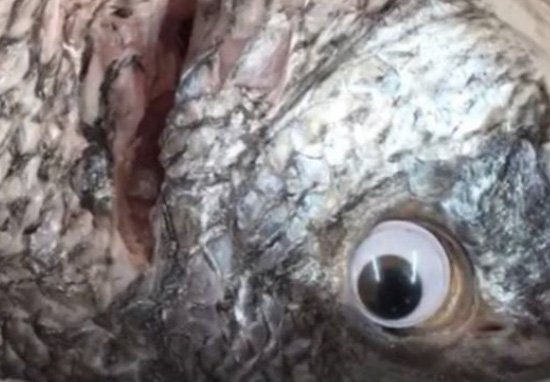 I’ve never been one for buying fresh fish from the shop because looking at fish and their stupid little faces always freaks me out a little bit, but I’m fairly sure if I was into this practice then I wouldn’t want to buy anything that didn’t look fresh or real and I suppose that’s the mentality behind this story.

It turns out that a fish store in Kuwait was so intent on selling any of their fish that they could get their hands on – even the rank stuff that was kinda going off and gross – that it would employ any manner of dastardly underhand tactics in order to do so. Namely, they would stick plastic goggly eyes on the fish in order to give them the impression of only having just died and being super fresh. Take a look: 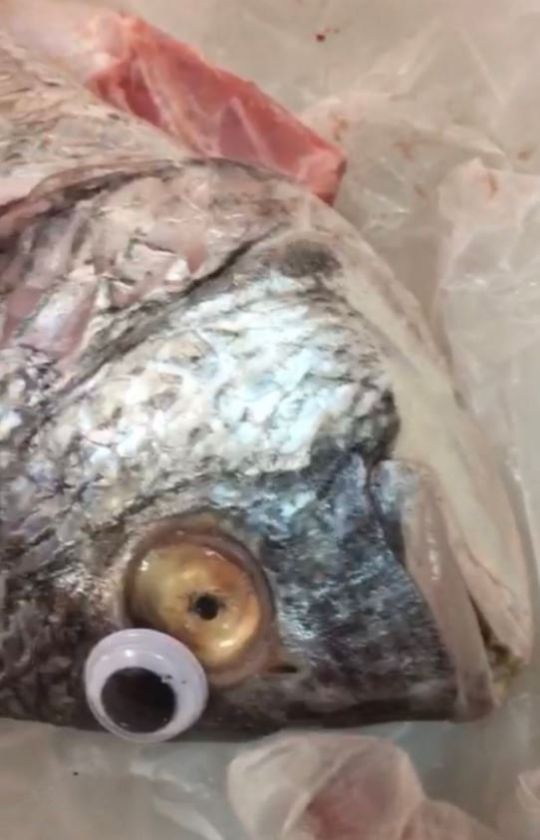 Yeah, not really sure why they thought that would be convincing or actually work on anyone – especially after they had taken them home and cooked them or whatever – but it seems like they were doing it for a while with multiple fish. Unfortunately for the store though, they got busted fairly quickly and the ministry of commerce over there ordered it to be shut down. Easy come easy go I guess. Still unsure how the goodliness of a fish’s eye relates to its freshness or how anyone thinks that, but it’s a hoot of a news story so I suppose I can’t complain.

For more fish, check out this fish that’s so big it could make 1170 portions of fish and chips. Seriously.