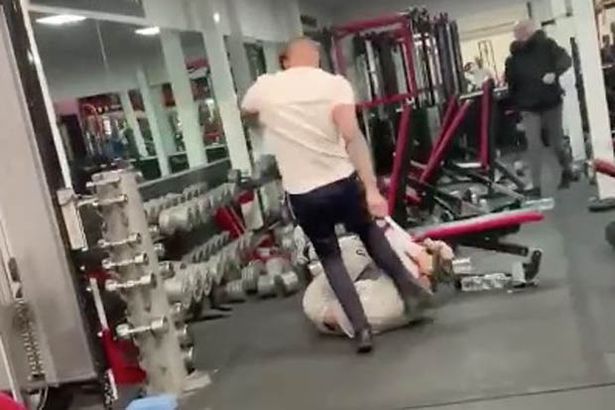 You generally think of gyms as safe spaces where people can go to work out and have a good time, but man if things ever got out of hand in there could you do some serious damage to people.

This is exactly what is occurring in the video below showing an absolute brawl going down in the Ab Salute Gym (see what they did there) down in Brentwood, Essex. It literally looks like something that might happen in n East End gangster movie as guys hit each other with dumbbells and metal pipes and beat the living hell out of each other.

so man are fighting in the gym now 🥴 wow pic.twitter.com/IIa7O1BWUz

so man are fighting in the gym now 🥴 wow pic.twitter.com/IIa7O1BWUz

I mean that is some brutal shit right? Kinda a shame there isn’t more footage as it didn’t really look like the fight was over, but also kinda funny to think that this girl was just casually filming these guys battering each other like it was no big deal. Gotta rate that.

The gym moved quickly to distance themselves from the footage, issuing the following statement:

This was an isolated incident which has never happened in any of our five establishments in the 10 years we have been open.

We do not condone violence in any of our gyms and take this very seriously. The police are aware and appropriate action is being taken.

The individuals concerned have been banned from our gyms for life. We do our very best to safeguard all members of the public and our staff across all gyms.

We are deeply sorry to anyone who witnessed this incident or has been affected by it.

Yeah I mean I suppose you can’t really blame the gym if people who are going to use it are just complete and utter meathead jocks who do shit like this. No way they’re gonna know that, although in fairness if you name your gym Ab Salute Gym, then you can imagine the kind of clientele you’re going to attract. Idiots probably deserved it.

For more of the same, check out this gym rat starting a fight with a kid who was lifting too hard. What is it with some people?!