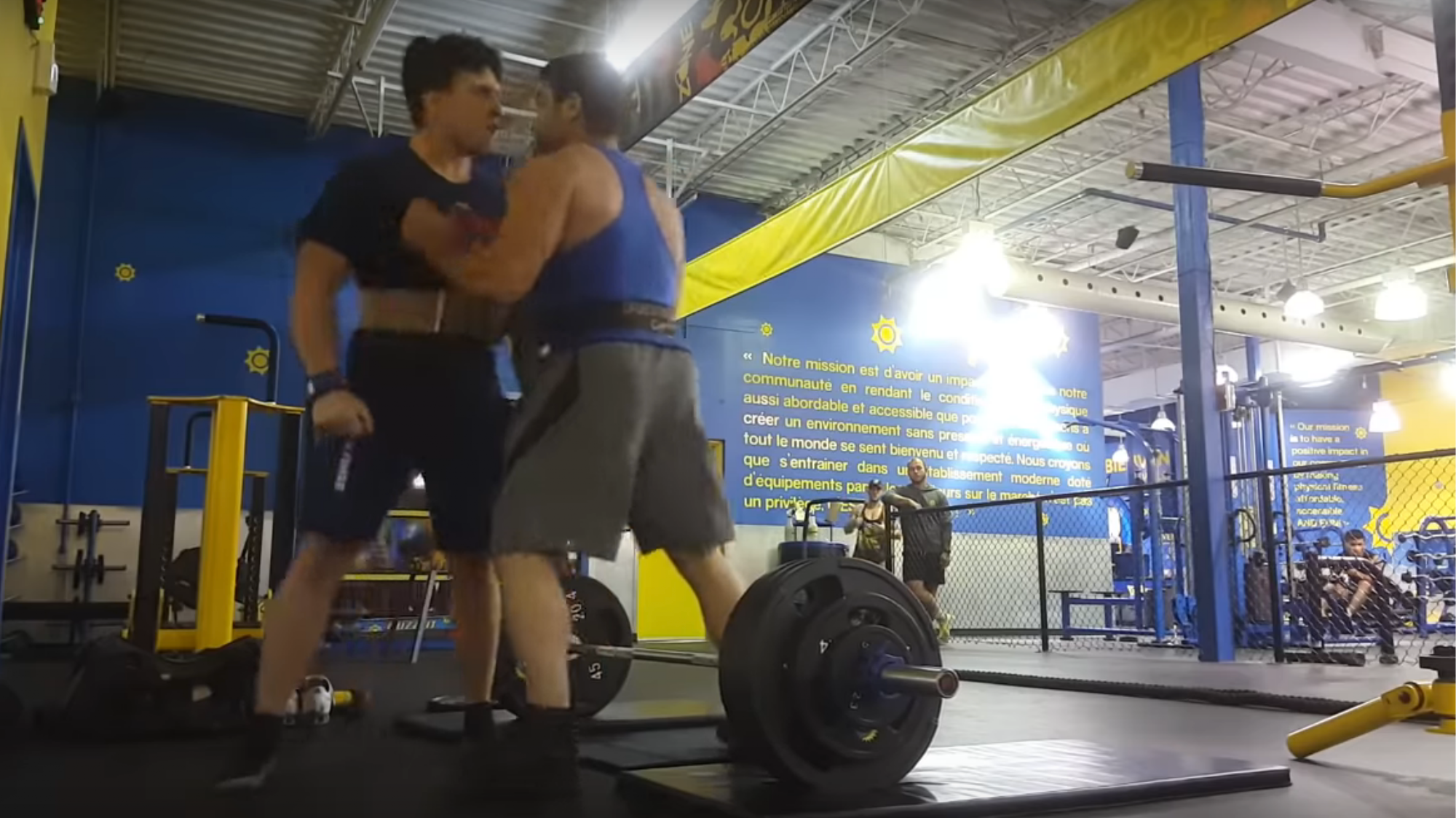 Gyms are obviously places that are full of male testosterone but for the most part they’re friendly, welcoming environments where attendees try to help each other out and encourage each other in the most non threatening and amicable way possible.

Unfortunately, not all gyms are like this though and the stereotype of gyms being full of alpha male gym rats does ring true in some instances as you can see in the video below. Coming courtesy of the Buzzfit gym in Montreal, it features 19 year old Charles-Antoine Lalonde filming a video of him deadlifting for critique from his online power lifting trainer – yeah that is actually a thing that happens now.

Anyway, he kept dropping his weights on the mat and this didn’t go down with one tough guy in the gym, who stormed over, demanded he leaved the gym and started trying to fight him because of it:

Geez. Bit of an overreaction there eh, although I suppose it’s the kind of thing you cliche you expect to happen in a gym full of steroid popping bullies.

You’ll be glad to hear that the guy has been completely screwed over because of this. Lalonde’s trainer uploaded the video to his YouTube channel and it’s been viewed 2 million times and the gym rat has largely been condemned. Lalonde has decided to press charges against him and been offered a year long gym membership at his dream gym in Montreal SSP Barbell Club. The other guy has also been banned from Buzzfit. Major result.

For more of the same, check out an ‘undefeated hood legend’ walking into an MMA gym. Guess what happens.