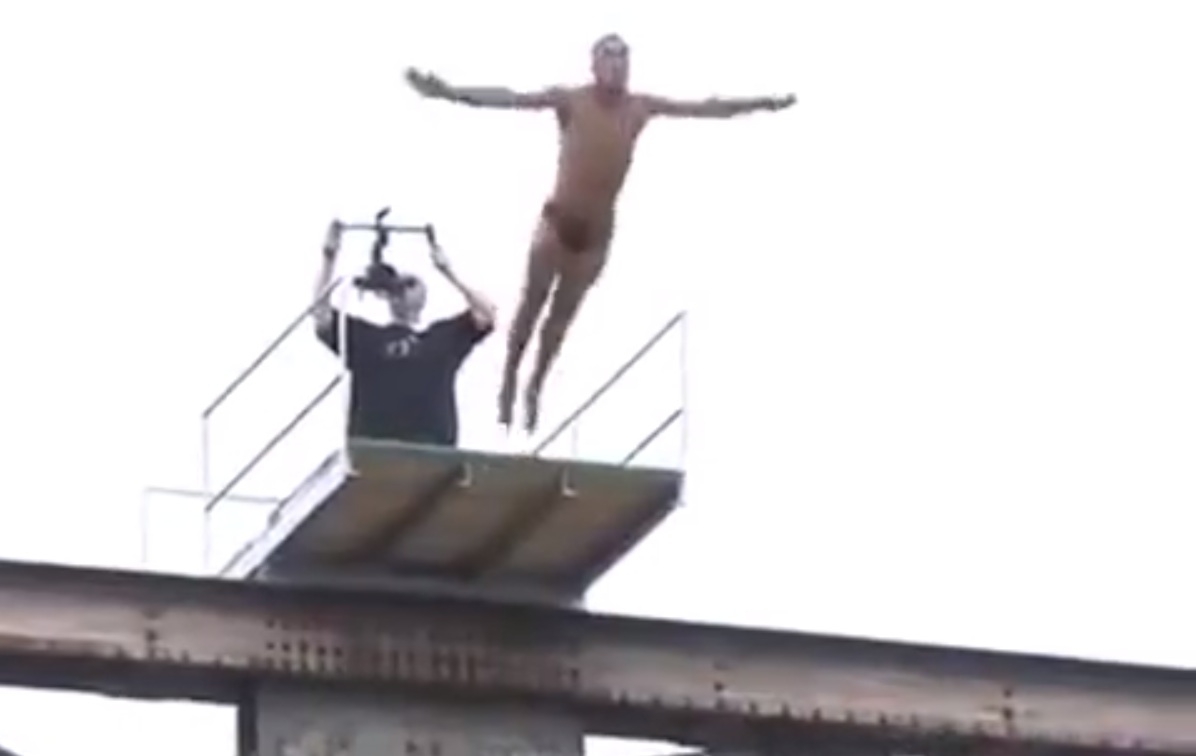 Sometimes live televised moments do not go to plan, but I don’t think anyone could ever have predicted what occurred in the footage below.

What was supposed to be professional athlete Andrej Beuc competing in a diving competition in Bosnia, actually turned out to be the end of his life, as he failed to fully resurface after jumping into the river.

Thousands of people watched on in horror as the 34-year-old struggled to keep afloat during his performance. Cheers soon turned to gasps as they realised that he was slowly dying.

So shocking that a life can end just like that. And what’s even more shocking is that the rescue boats, despite being close, were unable to spot him in time. RIP dude – thoughts to all your friends and family.

To watch a skateboarder suffer a similar fate after falling 450 feet off a bridge, click HERE.