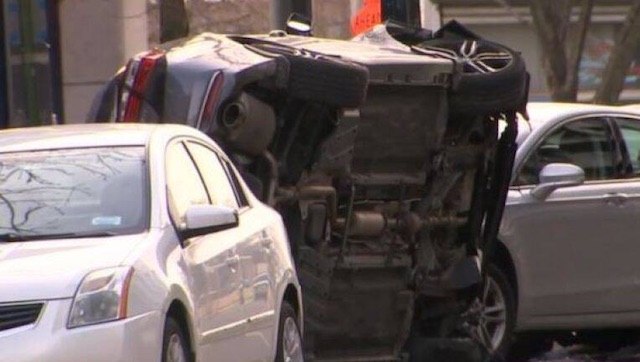 You might have missed this one as it happened over the weekend in Washington D.C., but two teenage girls were arrested on Saturday after they attempted to carjack an Uber Eats driver with a taser and he unfortunately ended up dead.

The girls were aged only 13 and 15 when they attacked Mohammad Anwar and tried to steal his car on March 27th, but he tried to fight back and resist them leading to thee two girls speeding off in his vehicle whilst he was still hanging out of the door. They then crashed the car and flipped it, causing Anwar to suffer multiple broken bones and life sustaining injuries before being pronounced dead at the hospital.

Footage of the disturbing and tragic incident has been posted onto Twitter and already has 8 million views:

Appalling footage of the carjacking near Nationals Park in Washington D.C. on Tuesday that resulted in the death of Pakistani immigrant & Uber Eats driver Mohammad Anwar. The teenage girls who police say used a Taser to steal the car face murder charges.pic.twitter.com/mOPnrLBf0t

Jesus. What the hell were those two girls thinking?

Both of them were arrested and have yet to be named, but it’s been revealed that one of them has been involved in several other crimes that are similar to this incident already this year, so she definitely sounds like a bad ‘un. The two aren’t going to be tried as adults which is kind of unbelievable, as the case is gaining worldwide notoriety though you would expect them to get the book thrown at them.

Mohammad leaves behind his wife and three children after immigrating to the United States for a better life for him and his children. There’s GoFundMe set up for his family here that you can contribute to that has already raised over a million dollars. RIP.

For more of the same, check out this Newcastle man trying to run over protesters and then send a man flying into a lamppost. Ouch.