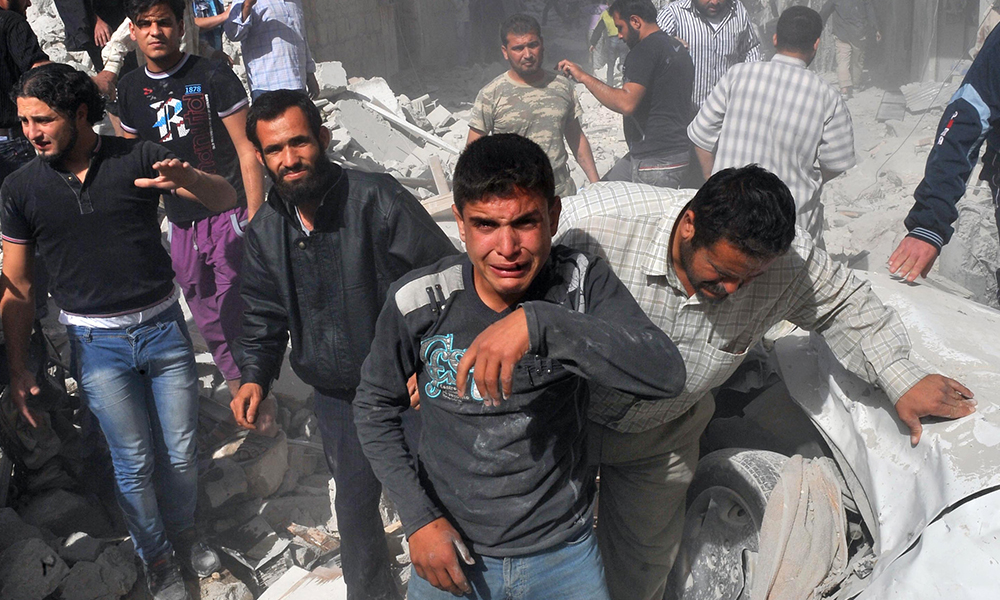 It’s easy to forget the innocent people affected by air strikes. Until you see something like this.

Following the Paris terror attacks, there has been sustained air strikes from France and Russia on ISIS strongholds in the Middle East, most notably the city of Raqqa and on some ISIS controlled oil facilities.

However, although it’s probably agreed in most quarters that some kind of retaliation is needed for these attacks, the fact is that dropping bombs on a country can also lead to a lot of innocent people being affected within that area. This is sometimes forgotten amidst the diatribe that can exist amongst the ignorant that all Syrians are terrorists and deserve to be bombed.

As you can see from the video below, nothing could be further from the truth. Although it’s from before the attacks on Friday, it shows a bunch of families in the immediate aftermath of an air strike, with numerous people injured and the parents trying to locate and guide the children to safety.

It’s a safe bet that there have been many similar scenes since Friday. Harrowing stuff.

Sobering. Although like I said there needs to be a reaction to the terrorist attacks, videos like this put it into perspective that sometimes bombing the shit out of them isn’t necessarily the best solution.

Sure, you might get your targets and slow them down, but there’s no way at all to tell how it’s going to affect innocent civilians, and if it doesn’t end in their deaths then it might only perpetuate a new cycle of terrorists with a good reason to hate the West. There has to be a better way – let’s hope we figure it out soon. Perhaps Anonymous’ declaration of war will be the method to destroy the terrorists.