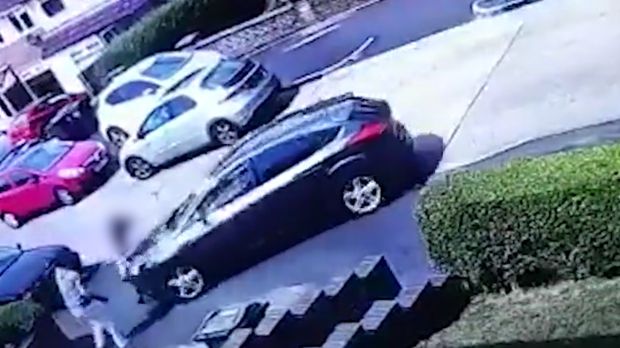 It’s one thing to beat someone up in a fight because you’ve got some beef or something, but it’s another thing entirely to brutally and sadistically torture them.

Nevertheless, this is how some people choose to get their kicks and this can quite clearly be seen in the video below. Shot in King’s Heath, Birmingham the footage shows a handcuffed man having his top pulled over his head and then proceeding to get battered, before a car ploughs into him and sends him flying into the air. Even more shockingly, this video was taken around midday on a Friday afternoon. What the hell is going on on the streets of Birmingham?

I mean that is one hell of a whack with the car isn’t it? Almost took the whole car itself out. Gotta hurt.

Anyway, the guy miraculously survived and is being treated in hospital now whilst police have arrested the driver of the car. They’re still looking for information on just what the hell was going on in this situation though, releasing the following statement:

Police were called to a report of a disorder between two men in Highters Road, Kings Heath on Friday 20 July, at around 12.35pm.

One of the men was hit by a car driven by the other man. Following the collision, the driver of the car ran away from the scene, but was later detained by police in Glenavon Road.

A 27-year-old man was arrested on suspicion of attempted murder and subsequently released pending investigation.

The man, who was hit by the car, was taken to hospital for treatment. It is understood that the two men were already known to each other.

Anyone with information about he situation call the police on 101.

I mean yeah it sounds like the one dude wanted to murder the other one, but it’s a hella weird/messy way to do it. Would love to hear the story behind it but I’m not sure we’ll ever get to hear that. So it goes.

For more of the same, check out this 911 call from a pastor who was gagged and stuck in handcuffs. Awkward.