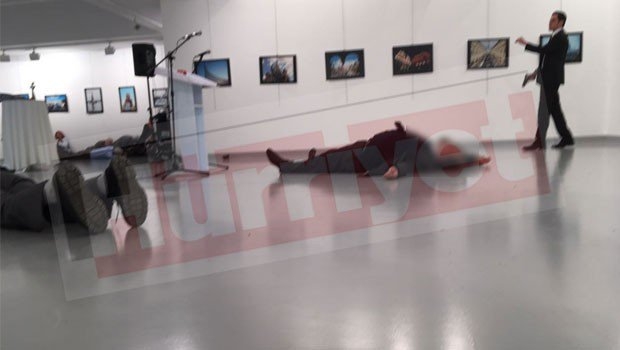 As you’ll have heard by now, Russia’s ambassador to Turkey was repeatedly shot in apparent retaliation for the crisis in Aleppo earlier today.

We die in Aleppo, you die here.

Ambassador Andre Karlov and three others were shot as Karlov delivered a speech at an art gallery in the capital of Ankara. Karlov has died from his injuries.

Here’s the moment it happened:

Russia has had beef with Turkey over how to deal with the Syria situation and with ISIS. We’ve now got the Russian Ambassador to Turkey shot dead. Absolutely stunning way to end 2016 as far as global relations go. Surreal and horrific. World war 3 imminent?

For a (failed) assassination attempt from Bulgaria that you absolutely have to see, click HERE.