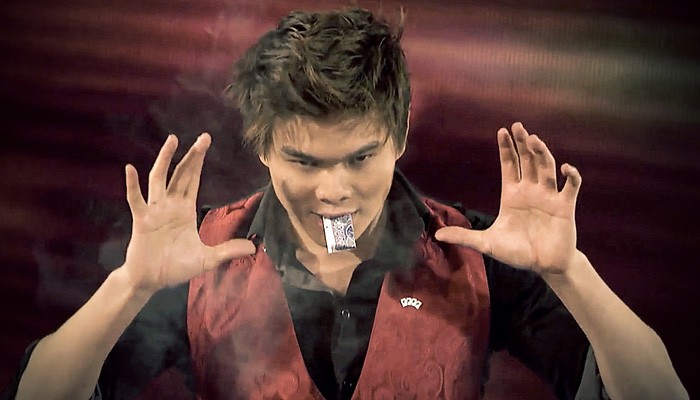 This guy blew everyone’s minds over the weekend with this insane magic trick – can anyone figure out how he does it?

If anyone watching this can figure out how magician Shin Lim pulls off the vanishing tricks in this video, you should probably get into magic yourself because even Penn & Teller can’t work it out and they’re the most switched on magicians on the planet.

Awesome. Those two girls sitting there were playing it cool but you know they were dripping puddles under those dresses every time Shin Lim made something disappear. I’m not even going to try and figure out how he does it, that would probably spoil what’s definitely the most impressive magic trick I’ve ever seen in my life.

You know what wasn’t an impressive magic trick though? That time a magician made that dove disappear at a kid’s birthday party. Brutal.