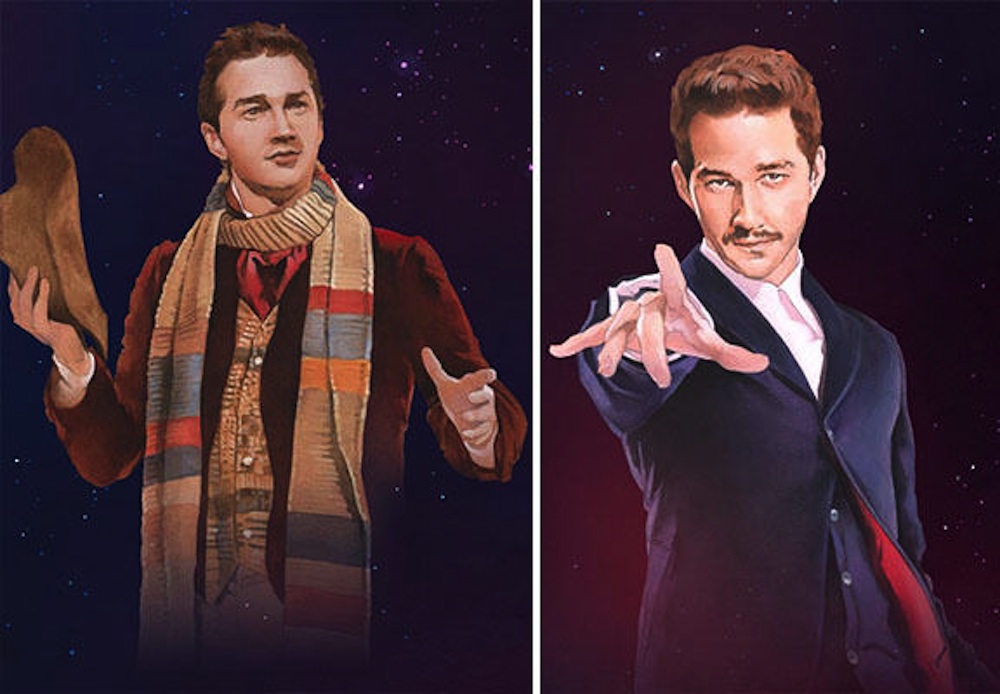 I don’t know why this has happened.

Not content with getting in our news feeds for busting out some killer freestyle rap in a swamp somewhere this weekend, Shia LaBeouf is also invading it being depicted as Doctor Who in a series by artist Brandon Bird.

Back in 2014 Brandon sent out a random tweet late one night when he was probably high and drunk which sent him on this path: 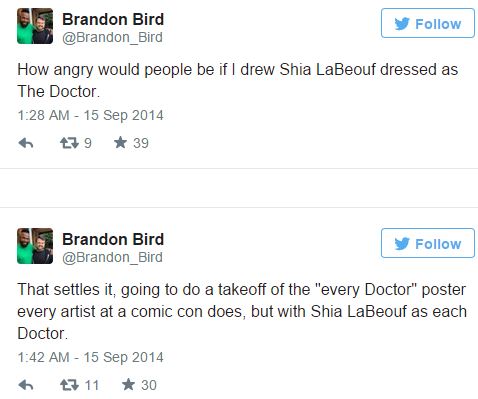 It may have taken him the best part of a year to complete the project, but it’s finally here and you can even buy a print off him if you really want to. There’s a big montage of Shia as all the doctors below and then you can see a slideshow of each one separately as well.

I think Shia looks pretty fetching as Doctor Who – maybe he could be next when Peter Capaldi’s time is up? He certainly looks the part in whatever incarnation you look at, although I particularly like how he looks as Tom Baker and Paul McGann.

To be honest I don’t think people are actually going to be angry about this like Brandon Bird originally predicted – I think most people are just going to think it’s really funny and probably end up buying a bunch of them because it’s so dumb. Fair play dude – hopefully we can get a series of Justin Bieber being depicted as James Bond now or something. 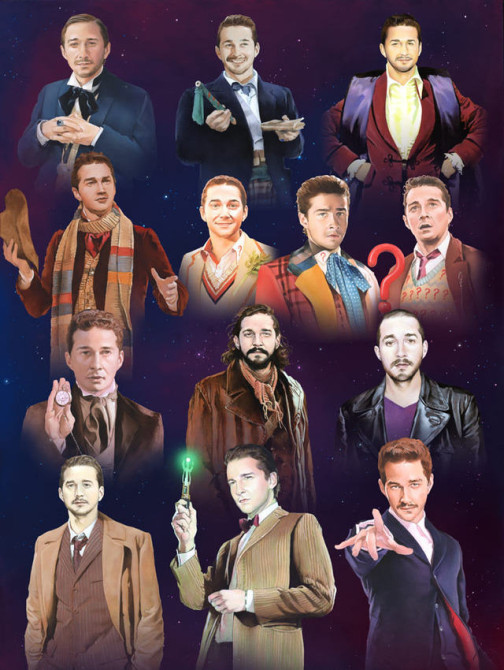