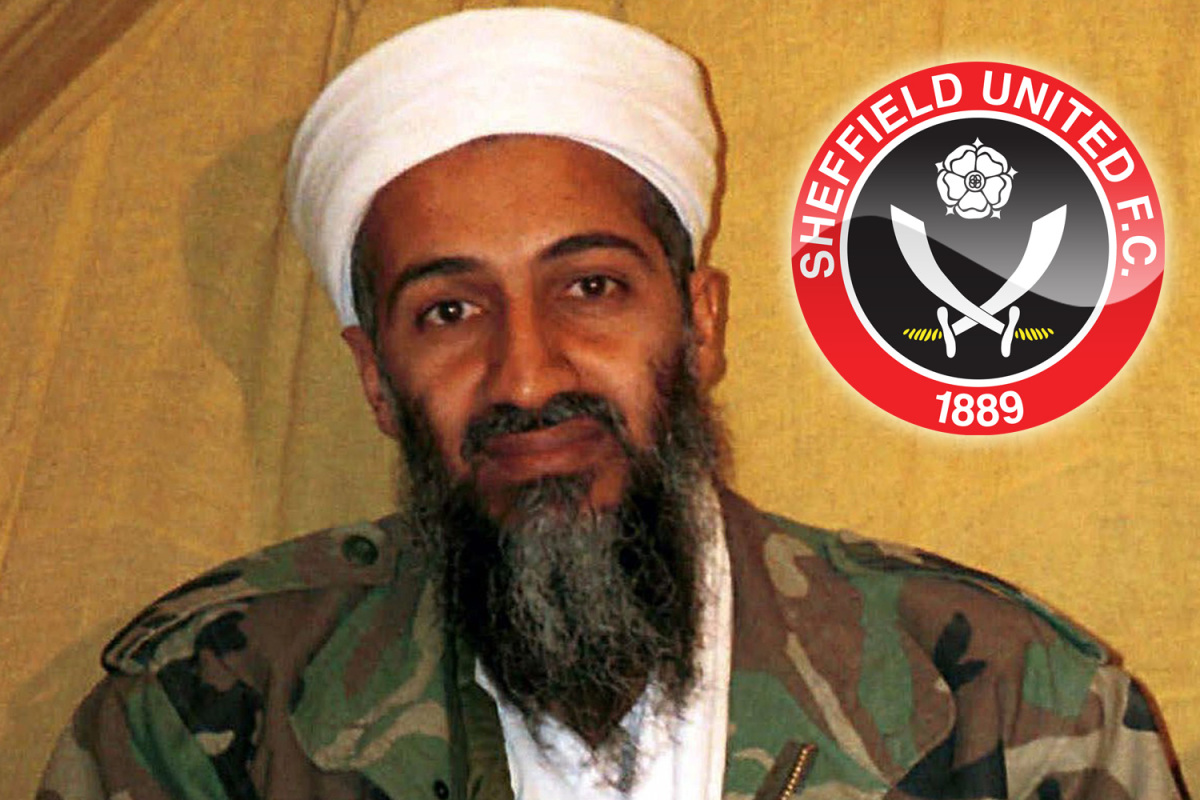 Everyone knows that there’s a lot of dodgy dealings going on in football, but I don’t really think anyone ever expected that there would be some legitimate terrorist links out there within the beautiful game.

NOTE: This did happen but the bin Laden family are a prominent family that aren’t associated with the terrorist Osama bin Laden – they just have the same name. Therefore there is no evidence that Sheffield United were funded by terrorism.

I think even less people would have thought that this would have occurred with a club like Sheffield United as I’m fairly certain most people think they’re fairly respectable in terms of financial fair play or whatever. Could be wrong about that though, especially as it’s recently emerged in court that they were part funded by a loan from the Bin Laden family. That’s Osama Bin Laden in case you were confused.

The newly promoted clubs owners Kevin McCabe and Prince Abdullah Bin Mosaad Bin Abdulaziz Al Saud – a member of the Saudi royal family – are currently in the middle of a high court battle over the club which is how the information was made public. It concerned a loan of £3 million pounds that McCabe said would never have to be repaid, but Abdullah argued needed to be repaid by sponsorship. McCabe also said he didn’t know where the money was coming from, but Abdullah argued that he knew it was coming from none other than the Bin Laden family!!

Here’s the official tweets from the journalist covering the trial:

Now showing a document hand written by Scott McCabe which summarises the grievances they had with UTB. However, the allegation that the loan was a bribe is not in there. This only comes four monts later and McCabe says he can’t remember who came up with it #sufc #twitterblades

Emails mentioned in which Jeremy Tutton says he would hate the headline in the Sheffield Star to be ‘Blades launder money for extremists’. McCabe says this was just banter but Gledhill says it means he knew where the money was coming from #sufc #twitterblades

Yeah not really sure what this means, other than it’s kind of funny (kind of?) to think that a football club is quite obviously funded by terrorism. I doubt the FA or anyone is going to do anything about it because they never do do they? Doubt the money men (and the terrorists) would like that hey?

For more Osama Bin Laden, check out this US marine describing what it was like to kill him. Ruthless.