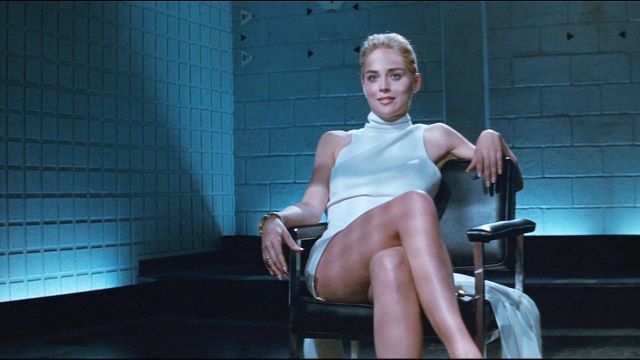 She slapped director Paul Verhoeven when she realised.

Hollywood legend Sharon Stone has claimed that she slapped film director Paul Verhoeven across the face after he tricked her into removing her underwear on the set of 1992 classic ‘Basic Instinct’.

The now 63-year-old says she was told to remove her underwear during the famous interrogation scene because it ‘reflected the light’ and was interfering with the shot.

In an excerpt from her new memoir, The Beauty of Living Twice, Sharon, who was 32 at the time, also said she was promised her private area wouldn’t be visible on screen.

As we all saw, it definitely was:

She realised she had been played for a fool when called to see the final version of the film in a ‘room full of agents and lawyers, most of whom had nothing to do with the project.’

That was how I saw my vagina-shot for the first time, long after I’d been told, “We can’t see anything, I just need you to remove your panties, as the white is reflecting the light, so we know you have panties on.”

Yes, there have been many points of view on this topic, but since I’m the one with the vagina, in question, let me say: The other points of view are bulls***. It was me and my parts up there. 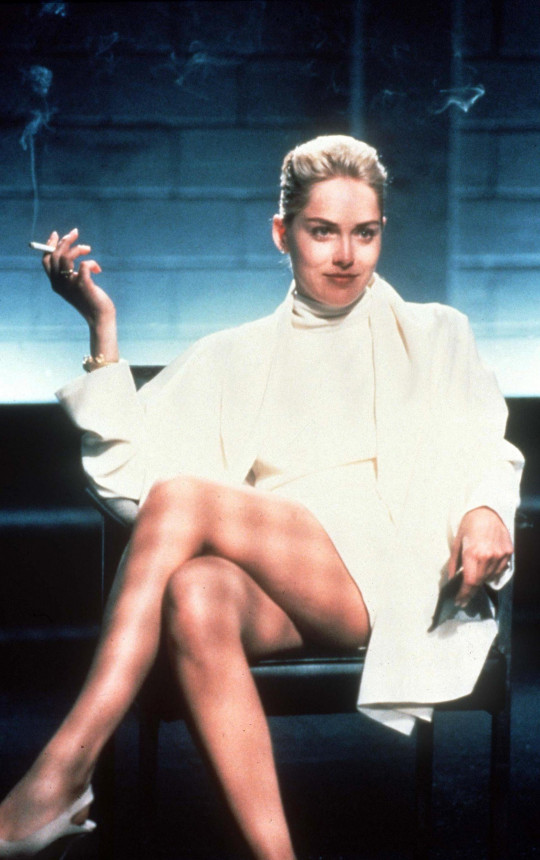 After the viewing, Stone said that she slapped director Paul ‘across the face, left, went to my car, and called my lawyer, Marty Singer.’

Singer reportedly told Stone it ‘wasn’t legal to shoot up her dress in this fashion’, and according to the Screen Actors Guild, the movie could not be released.

I let Paul know of the options Marty had laid out for me. Of course, he vehemently denied that I had any choices at all. I was just an actress, just a woman; what choices could I have?

But I did have choices. So I thought and thought, and I chose to allow this scene in the film. Why? Because it was correct for the film and for the character; and because, after all, I did it. 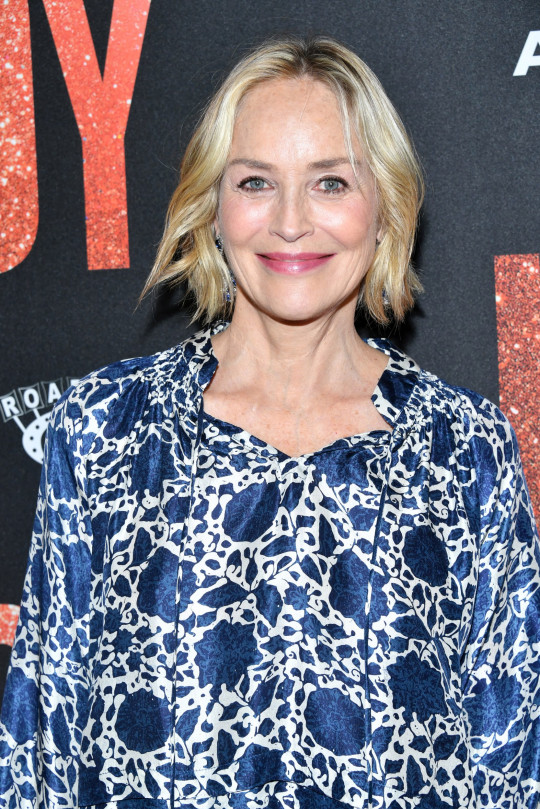 So it sounds like she was cool with it in the end and allowed the scene to be included in the final cut, which was probably a good idea because it’s one of the most legendary scenes in film history and certainly the most memorable scene from the film itself. Though obviously, it was a total underhanded scumbag move by the director to trick her into it. Can’t he just have asked, and explained to her why it would be good for the film (which she ended up realising herself anyway)?

Unfortunately, she has similar tales elsewhere in the book. She claims one director would constantly ask her to sit on his lap while he was giving instruction, while another told her she ‘should f-ck her costar to have onscreen chemistry’. Jeez – no chance you would get away with saying that in this day and age.

For a look at the killer cast for Martin Scorsese’s next movie ‘Killers of the Flower Moon’, click HERE. Can’t wait for that one.