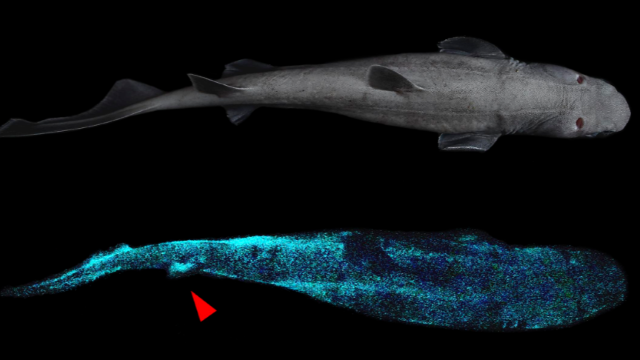 We’ve done countless posts over the years covering the deep sea monsters born straight out of a nightmare that actually live in our oceans, but here’s a new one to terrify you next time you’re on holiday over in New Zealand – the 6ft long glow-in-the-dark kitefin shark.

Jeez, what’s next? Sharks with freaking laser beams coming out of their heads? According to researchers, the purpose of the sharks’ glowing underbellies is to ‘help them hide from predators or other threats beneath them’, but it seems like it could be used to attract prey also? I guess it depends how deep in the ocean this species of shark is operating.

Here’s some more input from a marine biologist on Reddit: 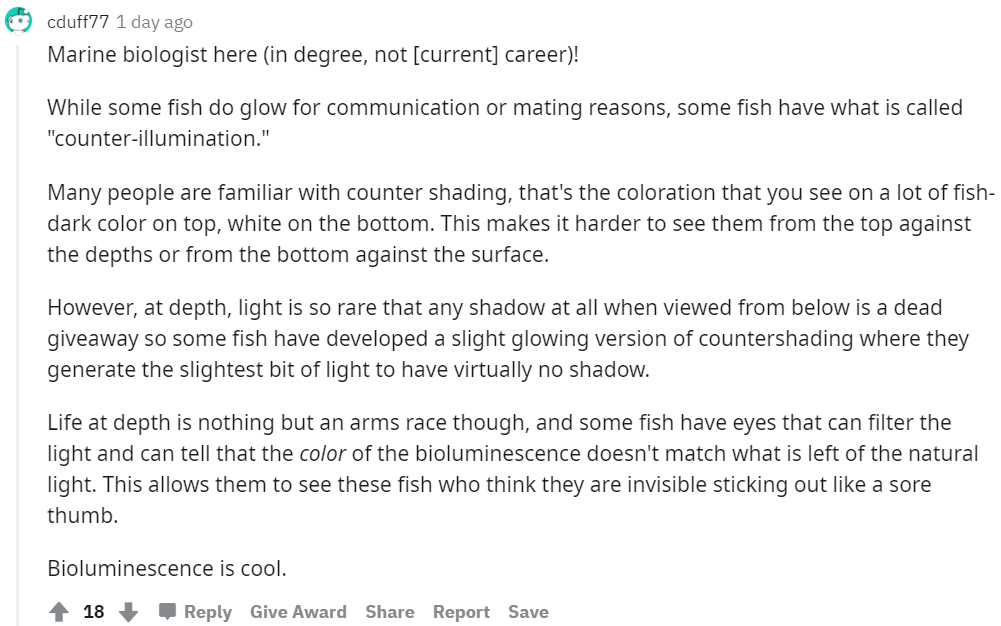 Very cool indeed. The ocean is just so vast and mysterious that we’re constantly finding new species and types of creatures the deeper we go. Crazy to think how long humans have been studying and investigating the ocean and only now in 2021 have we discovered 6ft long glow-in-the-dark sharks. Have these sharks always been around or is it a recent evolution?

I don’t know, but look at how terrifyingly deep the ocean actually goes:

Ridiculously deep. So just imagine how many more freakish, alien creatures we are yet to discover. Nothing more terrifying than the deepest depths of the ocean.

To meet the Norwegian dude who went fishing and caught a rare alien ‘Ratfish’, click HERE. The result of aliens visiting Earth, surely.